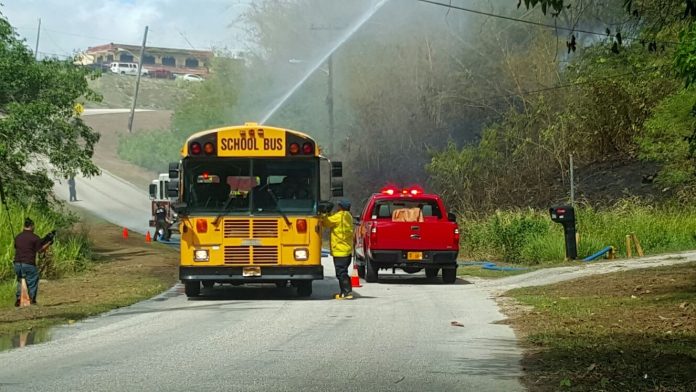 The elementary school was evacuated at 9:29 am. GFD arrived on scene at 9:09 am.

Guam – JQ San Miguel Elementary School was evacuated this morning due to smoke from a large grass fire nearby.
Students attending summer school at JQ San Miguel were sent home early after smoke from a grass fire less than a mile away reached the Toto campus. According to Guam Fire Department Spokesperson Kevin Reilly, units responded to the fire at about 9:09 am and the campus was evacuated at around 9:30 am. The Guam Department of Education worked with the Department of Public Works to pick up students at the school and drop them home. Reilly says Engine 1 and Engine 3 were sent to the site to control the fire.