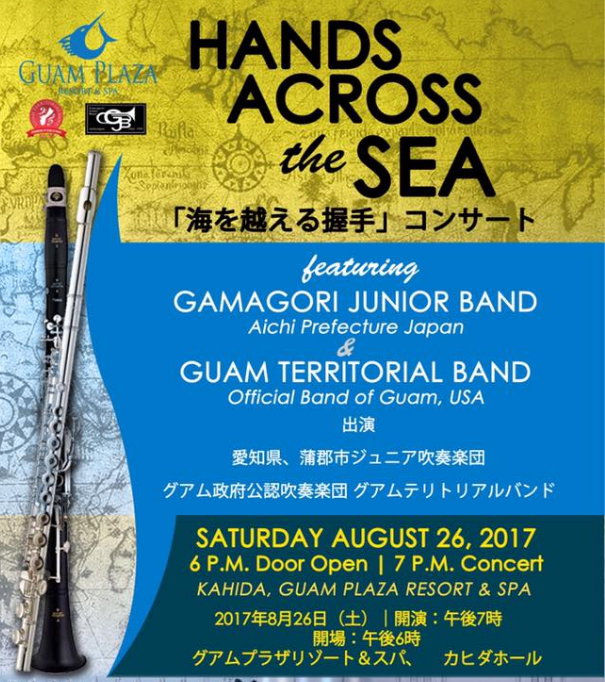 Tickets start at $5 general admission. Children six and under are free.

Guam – The Guam Territorial Band in coordination with Japan’s Gamagori Junior Band is featuring another special performance of the “Hands Across the Sea” event.

For just $5 a ticket, you can catch the talented young performers from the Aichi Prefecture in Japan at the Guam Plaza Resort and Spa tomorrow evening.

The event is part of the Friendship Music Festival between Guam and Japan.

And according to GTB Conductor Landon Aydlett, this is the third time GTB has hosted the Japanese-based orchestra here on Guam.

“It’s a friendship festival between the Guam Territorial Band and Gamagori Junior Band out of Japan. There is also an orchestra from Seoul Korea, but next year GTB will be going to Gamagori for our year number six of the friendship festival,” he explained.

For more information about tomorrow evening’s event, you can contact GTB at 777-5337 or visit GTB’s website at www.guamband.org.