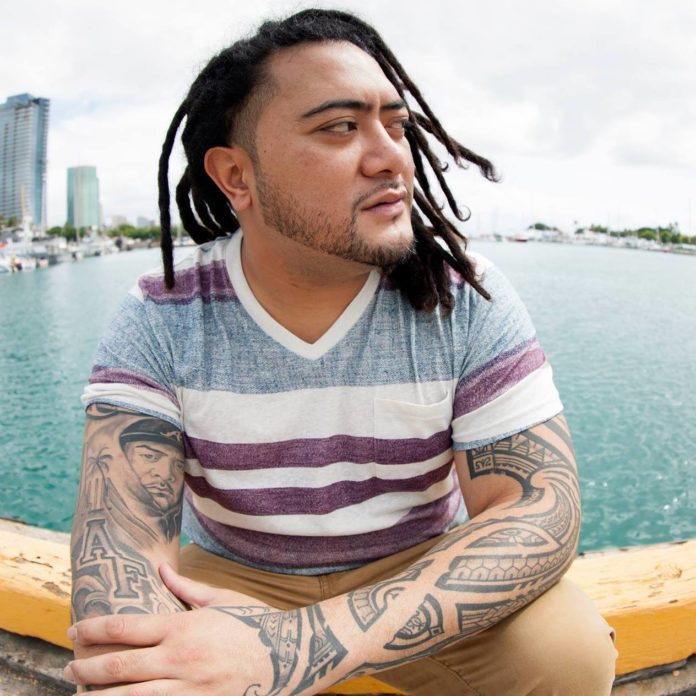 Guam – After the video showing reggae hiphop artist Jboog behind the counter of a local restaurant went viral on our Facebook page, we spoke with Jboog and got his side of the story.

He says the situation was blown out of proportion. Nonetheless, he wants to apologize to the staff at Mi Sazon for the situation.

We aired the story together with surveillance footage showing Jboog behind the food counter of Mi Sazon restaurant preparing his own food on Monday. It’s an area that’s usually reserved for restaurant staff.

The owner of the restaurant says Jboog was asked to leave but refused to do so at first and when he did leave was seen flipping off the establishment in the process.

Since the story aired, Jboog has received some backlash from the local community but we spoke with the musician to get his side of the story. Jboog tells us that after his concert on base Saturday night, he was hanging out with his friends, some of them locals, at the Acanta in Tumon when they went out to look for Tacos. So they went to Mi Sazon.

The video shows Jboog behind the counter making his own food, but he says he was given permission to go back there.

“So that’s the kid that was trying to prepare the taco and he didn’t know what I was saying. That’s when I asked him, ‘Is it cool for me to go back there and show you what I’m talking about, to cook it?’ He said yeah come back here. But the video that they showed you guys was all chopped up it didn’t show the whole footage when I asked the guy over the counter,” explained Jboog.

While he was back there, Jboog asked the male staff for a ceramic plate. He says the staffer went to the back to grab the plate and when he returned, an older lady, who’s been identified as the lead, also came out and was in shock to see an unfamiliar face behind the counter.

“She started yelling and then he was like, ‘Auntie, no worries, no worries, I’m almost done, I’m almost done,’ and showed her the taco. And then she was like, ‘I’m calling the MPs,’ and then we were like, ‘No we’re not part of the military, you know, we’re just here in town.’ And then she goes, ‘Well, I’m calling the police then,'” noted Siaosi. “I go, ‘You know, you don’t have to do that,’ and she goes, ‘Give me your IDs.’ So I give her my passport, my nephew gives her his ID and holds on to it and we’re like ok, it’s cool.”

That’s when the owner of the restaurant showed up, also upset. Police eventually came out to the scene but by then Jboog and Siaosi say the situation had already been defused.

So what about the middle finger Jboog gave as he was leaving the establishment? JBoog says that was meant for Siaosi because he chased him away when he tried to go back inside to get the taco he prepared.

“That was more of a brother to brother act, like because I had told him to beat it because he was trying to come back and get the taco. I go, ‘Beat it,'” said Siaosi.

“I didn’t even get the damn taco,” added Jboog, facetiously.

Siaosi says he and the restaurant’s owner exchanged information with Siaosi agreeing to an apology, especially to the supervisor. He says the two had been in contact throughout the next day. Their plan was to stop by the restaurant on their way to the airport but because they were brought here through the military, they learned at the last minute that they were under a strict schedule and military protocol would not allow them to make any stops in between.

The next thing they know, the unfortunate situation was all over the news and social media.

But Jboog says his intention has always been to apologize to the lady. Although he was given permission to be behind the counter, he acknowledges he should not have been back there.

“Sorry sorry, yes, I know he shouldn’t have been back there but the kid basically told him he could go back there But you know, you’re right, you’re right,” said Siaosi. “In our culture, if there’s an elder that feels that saying things, regardless if it’s right or wrong it’s called ‘kātaki.’ You bow down to it. So I’m apologizing to him and saying if the kid felt like that was–we’re so sorry. In no way did we ever show any disrespect but if you guys felt that then kātaki, I’m sorry, we’re sorry,” added Siaosi.

Jboog says the unfortunately situation was blown out of proportion and adds that he loves Guam and would never do anything to disrespect its people.

“We would never, ever disrespect or push our weight around. To us, we don’t even feel that we are superstars, we’ve seen some of the comments, but we let it go because at the end of the day, if you really sat down and got to know us, we’re so far from those people,” said Siaosi. “Even if we ever made it to that day, like if we ever became like a Justin Beiber, Timberlake or a Bruno Mars, we’ll never change who we are. Our heart and our soul are in the islands.”

Jboog says he has asked to get in contact with the supervisor of the restaurant so he can make a personal apology to her.