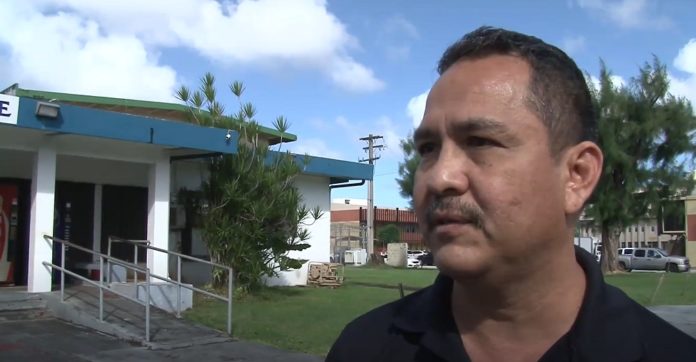 Governor Lou Leon Guerrero named Joe Carbullido director of the Department of Corrections to replace Frank Ishizaki who is stepping down after less than three months on the job.

Carbullido has been serving as the deputy director of DOC.

In brief remarks during a transfer of leadership ceremony at the Adult Correctional Facility in Mangilao this morning, the governor said she was glad that Carbullido accepted the job, but sad that Ishizaki was leaving.

“I have offered the director position to Joe Carbullido,” said the governor. “Joe will now be the director of the Department of Corrections.”

“I thank acting director Frank Ishizaki for all that he has done in a short period of time,” said the governor “but I understand that he wants to move on and improve his quality of life.”

During his short stint as director, Ishizaki said he initiated the recidivism reduction initiative.

He said the staff at DOC has been “decimated” and he spoke about the need to continue to add more officers.

He said there are only 195 officers to guard roughly 700 inmates. “From a public safety perspective that’s very, very dangerous,” said Ishizaki.

He also said DOC has “a responsibility” to keep its staff safe and to prepare inmates for “re-entry” to society.

“The biggest challenge,” said Carbullido “is the ongoing work to stabilize this agency.”