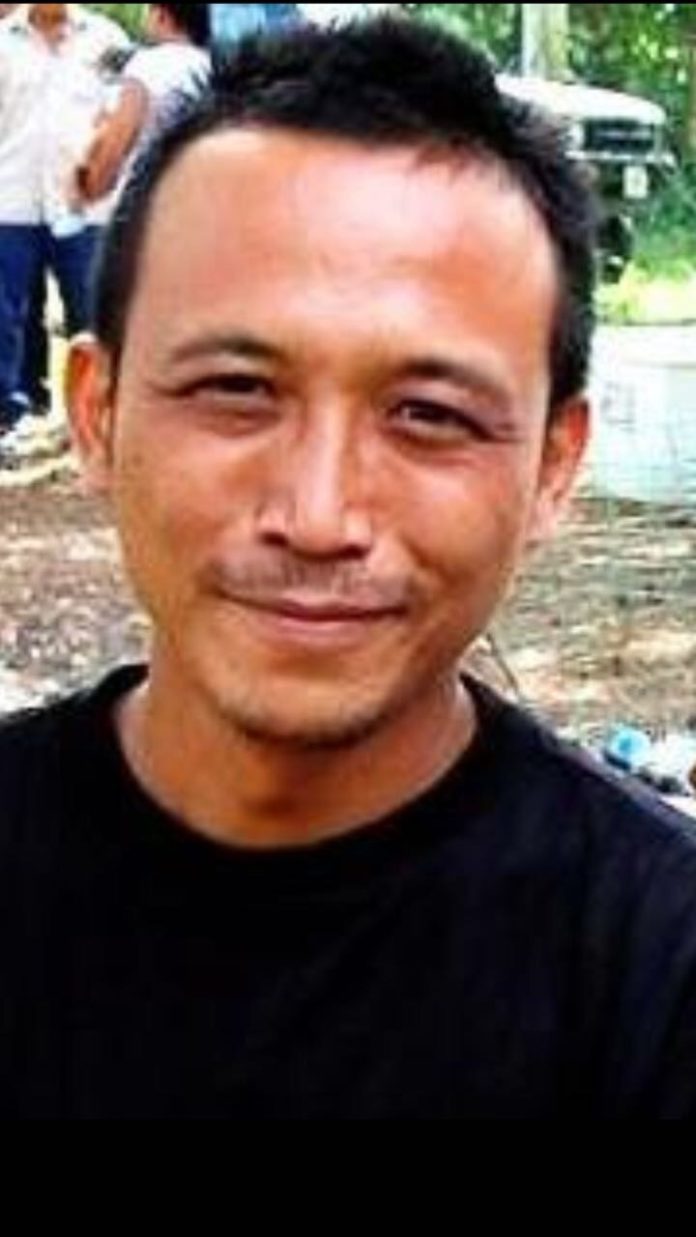 “Good morning Marilyn,” said Arroyo. “Good morning Patti,” replied Punzalan. “How are you?” asked Patti. “Trying to hold my composure and trying to you know…live day by day,” replied a tearful Punzalan. She did her best to speak about her son Joey Quenga, the brave 38-year-old man who sacrificed his own life to save three distressed swimmers in the waters of Ritidian. “Joey always thought of other people before himself. He was a very loving person. There’s not one day that would pass where he would not call or text me just to find out how I’m doing and last but not least to tell me that he loved me,” recalled Punzalan.

Joey was the youngest of Marilyn’s three sons. He himself was a father of two daughters aged 12 and 15. “My son was mostly a loner. He kept to himself, but he was always there if ever you needed him. He was not a man who cared for material stuff and he didn’t care for any name brands either. He was satisfied with what was given to him,” said Marilyn.

Marilyn says she was told that her son Joey and a friend went into harm’s way to rescue three distressed female tourists who were swimming in the waters of Ritidian. “Apparently when he got the last swimmer into an area where it was safe with her to be by herself the water started pulling him out,” said Marilyn.

Marilyn says her son was an avid swimmer and waterman but that day the exhaustion of rescuing swimmers, the waves and the notoriously strong currents of Ritidian or Litekyan were simply too much for him. “I don’t think I could’ve done or gone through what I’m going through without family. They’re my biggest support right now,” said Marilyn.

As an example of the type of person Joey was, his mother Marilyn shared his last text message sent to her the day before his passing. “Good morning mom what are you doing today? Is there anything you want me to do?  I could work on cutting some trees trimming leaves. It’s up to you. I didn’t respond to him then and then he comes back again an hour later he goes just checking. Love you. Just let me know if ever you need me to do anything for you and I will be there,” said Marilyn.