Guam – 18 year old John Joseph Jr. Flores of Yigo has been booked and confined in connection with 2 reported burglaries  in Dededo last Thursday night, and a third burglary last Sunday.

According to a release from GPD Spokesman Officer A.J. Balajadia, Dededo Precinct Officers responded to a burglary in the Adacao area of Dededo where a  homeowner said he found a man going through his things when he returned home.

The suspect fled, but left his moped behind. A few hours later, another home, in the same area, was broken into.

The burglary “startled” the woman inside, telling her he needed to use a phone. He took her phone and then “locked himself in her bathroom” says Balajadia.

Dededo Precinct Officers, CID detectives and officers from DOC and the Criminal Justice Strike Force joined in a search of the area. Not long after, the suspect was seen coming out of a boonie area and took Flores into custody.

Officer Balajadia also reports that the CID officers involved in the search identify Flores as also being “responsible for a burglary committed last Sunday afternoon.” 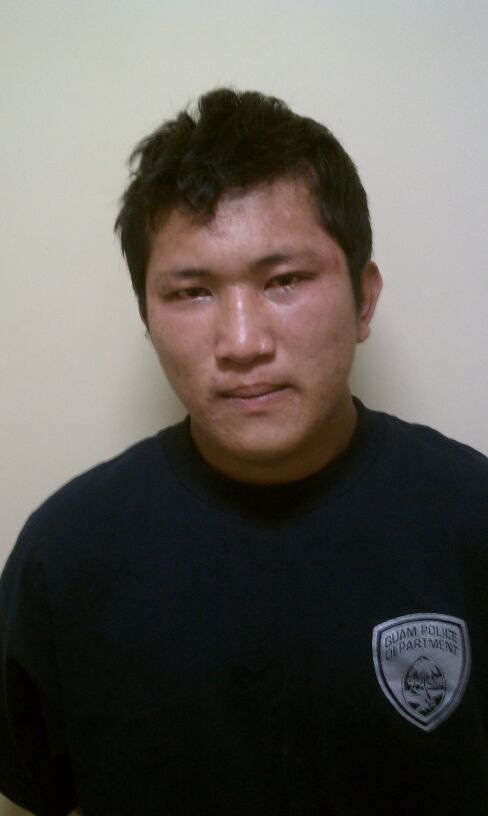 DEDEDO – Thursday, January 16, 2015, officers from the Dededo Precinct responded to burglary at a residence in Adacao Dededo.

The victim reported when he returned home, he found a man going through his belongings. The man fled as officers responded.

The search for the man revealed that he had abandoned a moped he operated to get to the home but he was nowhere to be found.

A few hours later another home in the same area was burglarized.This time he broke into a home where a women was startled. The man claimed he needed a phone. He took her phone and locked himself in her bathroom. He eventually was scared off by the woman’s brother who arrived shortly after.

A joint search effort between officers from Dededo Precinct, Detectives with Criminal Investigations Section, Criminal Justice Strike Force, and the Department of Corrections Parole Officers paid off as the Suspect was spotted coming out from a boonie area and was soon after apprehended and arrested.

CID personnel who were searching for a man they identified to be responsible for a burglary committed last Sunday afternoon connected the man to the Adacao Burglaries.

As a result arrested was: