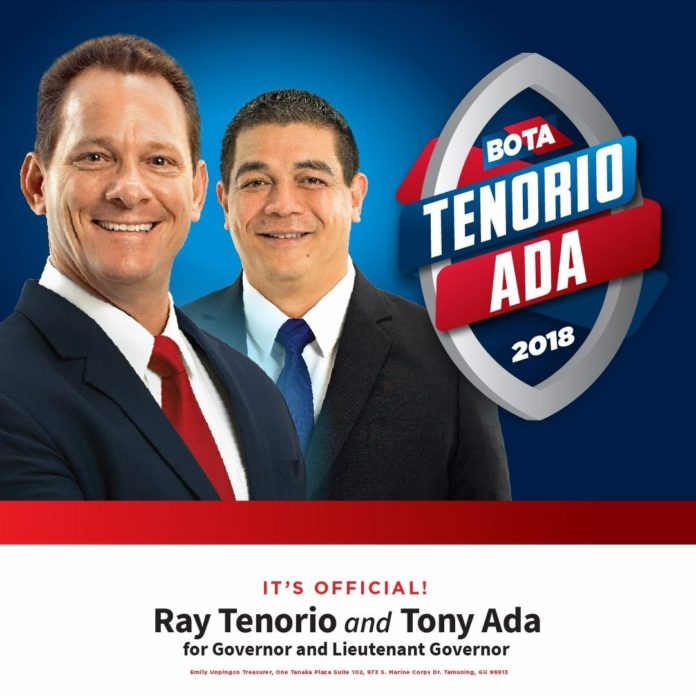 Guam – There has been some controversy surrounding a Tenorio/Ada campaign sign at a piece of private property in Yigo.

The sign in question is located along the Marine Corps Drive near the Yigo McDonald’s. Guam Election Commission Executive Director Maria Pangelinan says that a Joe Flores came to the GEC offices yesterday to verbally complain about this sign that he says was placed on his property without his permission. However, the BOTA team released a statement today saying, “We have confirmed with the property owner that they granted us permission to place our sign on the property prior to its installation.” In fact Johnny Siguenza spoke with NewsTalk K57’s Phill Leon Guerrero on the 4 hour Phill this afternoon saying it is his families property and it was he who granted the permission.

“Are you saying it’s incorrect for Mr. Flores, Joseph Flores, to identify himself to represent himself as the caretaker of this Yigo property?” asked Leon Guerrero. “Yeah,” replied Siguenza adding, “He has no rights doing that and it doesn’t even belong to our auntie May and it doesn’t even belong to him. None of his family owns the property. Our family right now, If I’m not mistaken that land is under probate but it’s under our family it belongs to my father’s mother.”

Siguenza says after his grandmother passed away she gave the property to his uncle who has passed away and his brother who is currently in the states so he is now the caretaker of the property.