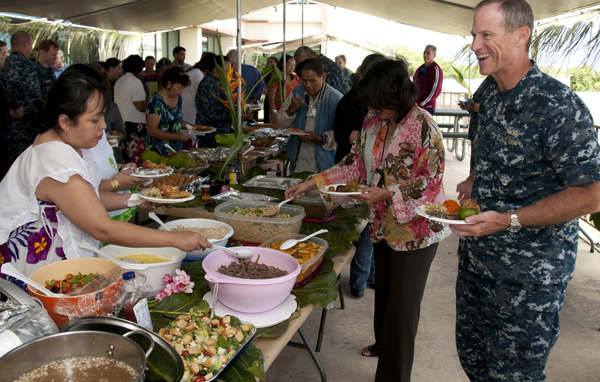 The JRM Diversity and Inclusion Committee hosted the event to highlight the culture of Guam’s native Chamorro people and to honor the positive influence and accomplishments of women in society.

“We celebrate each other’s differences because that’s what makes us strong,” said Rear Adm. Tilghman Payne, commander of JRM. “A diverse group brings different approaches and solutions to the problems and challenges that we all face.”

Keynote speaker Superior Court of Guam Judge Anita Sukola shared her experiences as a local woman and praised the structure of Chamorro society and its cultural values, such as caring for the elderly or sick.

“It’s not out of obligation that we take care of our parents, but because of respect,” she said. “When we respect, it equates love. That’s the product of our Chamorro system. We take care of each other.”

Attendees participated in a Jeopardy-style quiz game that focused on women pioneers such as Chief Judge Frances Tydingco-Gatewood, who is Guam’s first woman to serve as a U.S. District Court judge, and Marie Curie, who is the first woman to win a Nobel Prize.

“It’s such an awesome time for women in the Navy,” said Cmdr. Tara McArthur-Milton, JRM total force manpower director. “It’s very important to note that women have really made a significant contribution in so many different venues, whether it’s education, health care, government or the military. It’s very exciting to see that and be a part of it.”

A fiesta-style luncheon capped the event where attendees enjoyed several Chamorro dishes such as “golai apan aga,” or bananas cooked with coconut milk, and the spicy chicken stew known as “kadon pika.” 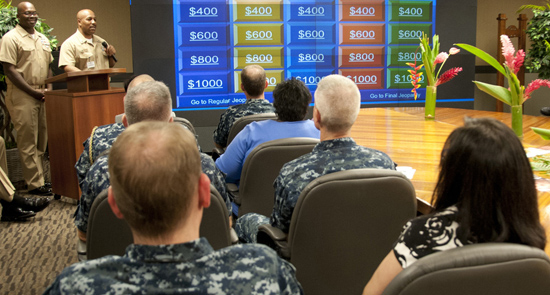