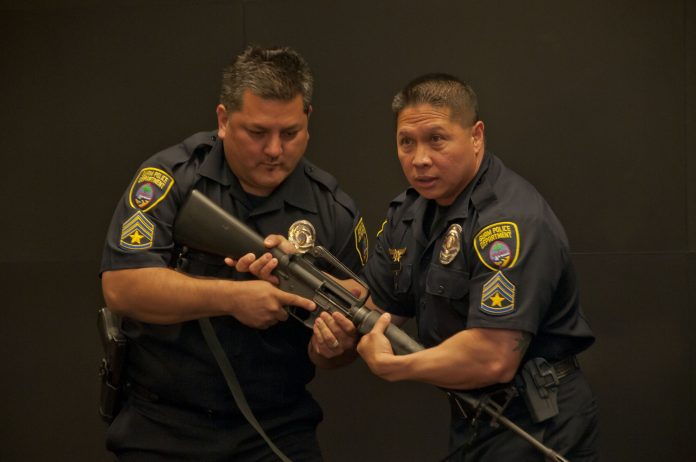 The event was the command and GPD’s first joint training, and was held to educate JRM Sailors and civilian employees about how to respond during an active shooter situation.

The two-part training included an informative brief and analysis of active shooter scenarios, and a simulation to test employees’ knowledge and response during an actual event.

GPD Sgt. John Aguon, training facilitator, stressed the importance of individuals to run, hide or fight as first responders make their way to the scene within the 10-minute window from when the first shot is fired.

“What the people in this office do, in this building, within zero to 10 minutes will dictate and save the majority of lives,” he said. “That is the reason and importance of the awareness training.” 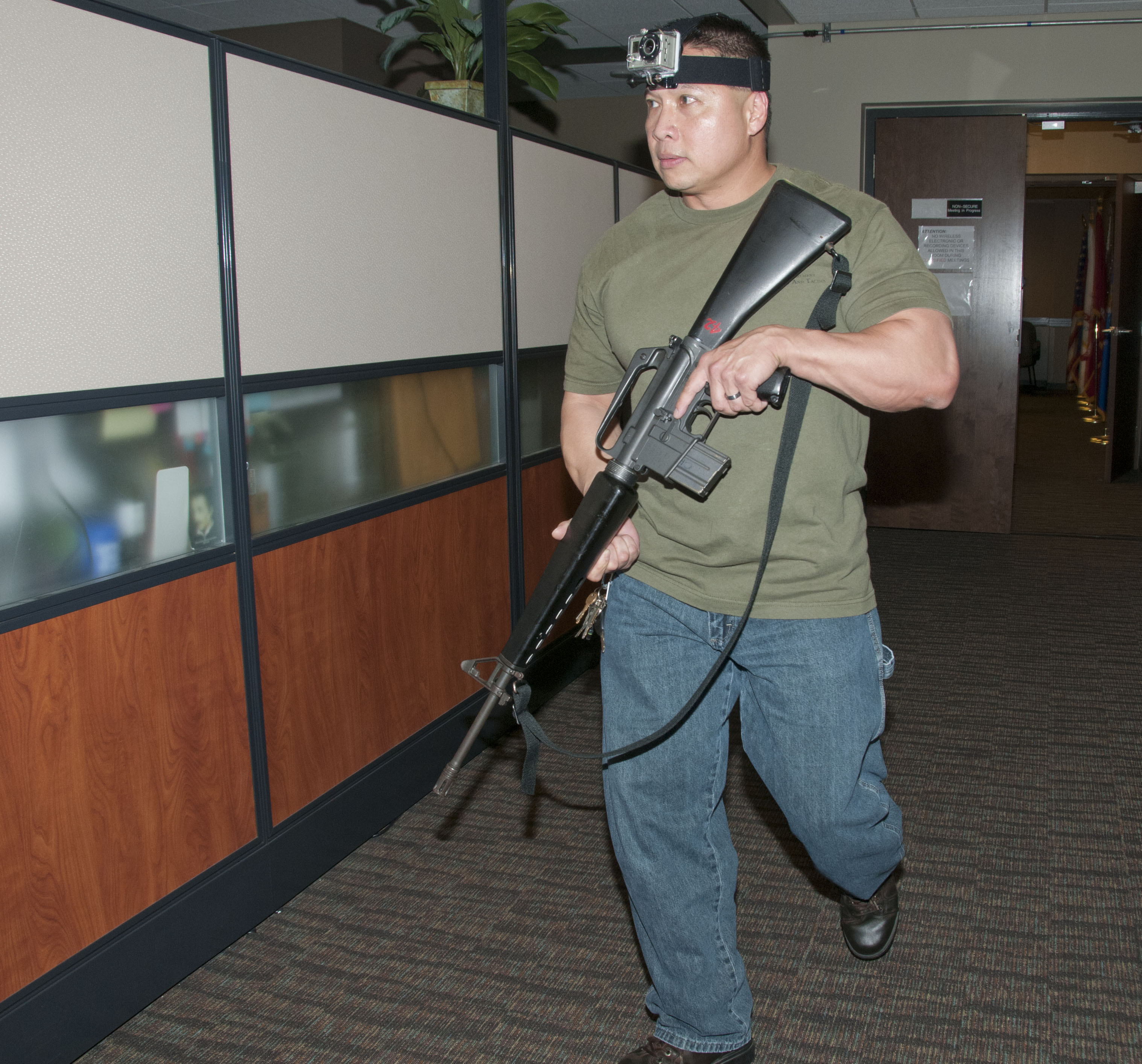 JRM Force Chaplain Capt. Melvin Underwood said participating in the event was a great show of partnership between local and federal agencies.

“We’ve got a fantastic police force and security force both on and off base,” he said. “Recognizing that we’re building regional partnerships and we’re building across fence lines to protect everybody reinforces the idea that we are one team and one fight.” 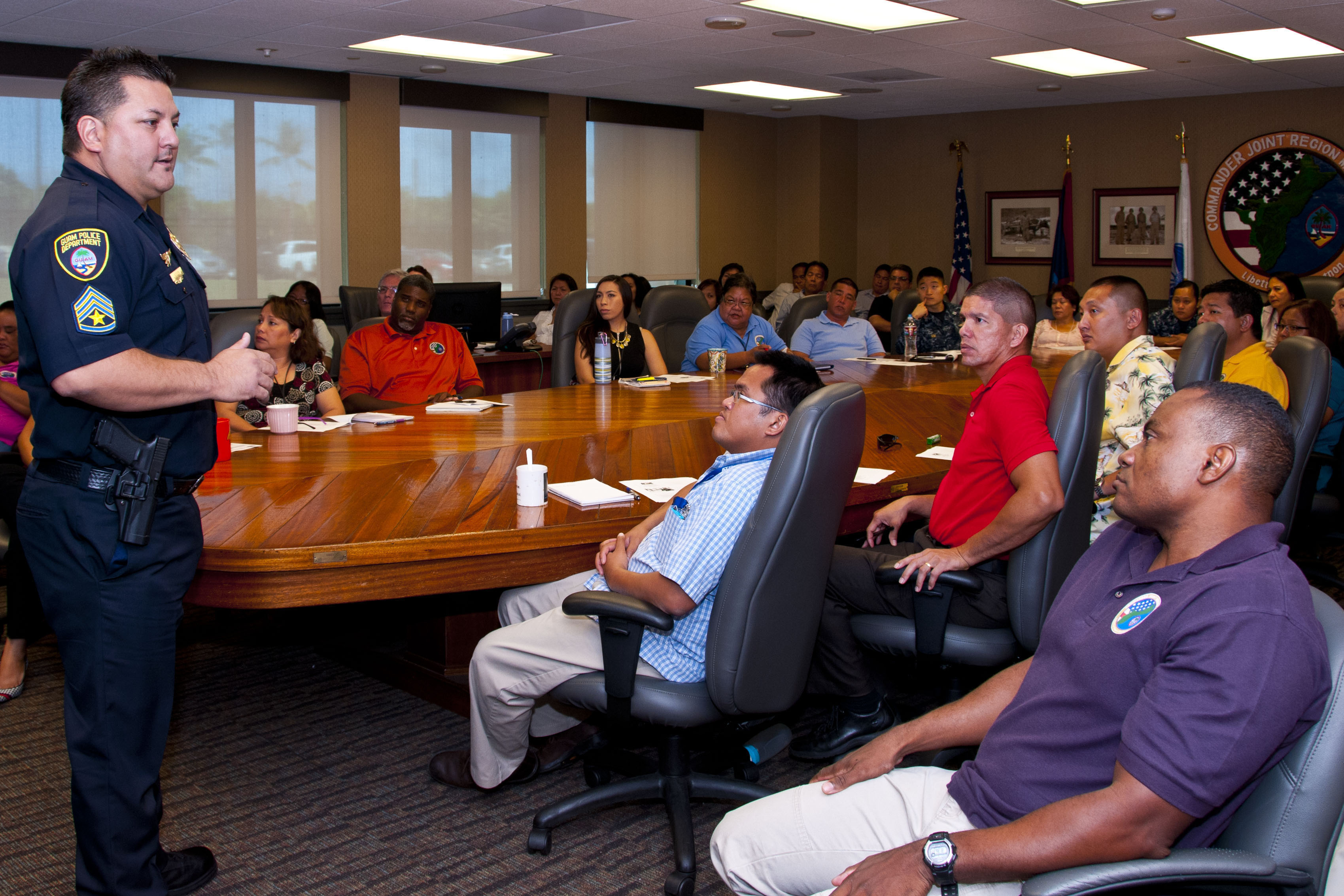