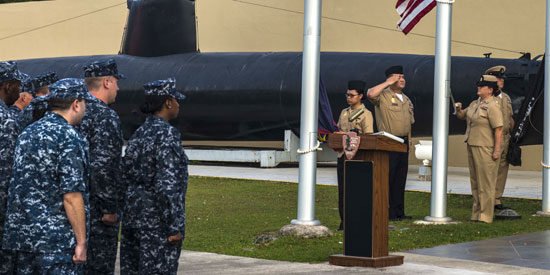 Asan, Guam – (NNS) — Joint Region Marianas (JRM) Sailors and staff commemorated the 72nd anniversary of the Battle of Midway at the command headquarters in Asan June 3.

The event, hosted by JRM’s junior officers, included a presentation that detailed the importance of intelligence, leadership and timing that led to victory.

The battle, which took place June 4-7, 1942, has been referred to as the most important campaign during World War II. With victory at Midway, the allies gained an offensive advantage against Japan that helped pave the way for the United States to win the war in the Pacific.

“It’s important to remember Midway because if we had lost this battle, American life as we know it would be completely different,” said Lt. Loumarie Chew, the command current operations officer. “The outcome of World War II and the occupation of Guam might have been different. They always say ‘the battles win the war,’ and this is a good example of that.”

JRM Chief Operations Specialist (SW) Damiean Williams attended the event and said it served as an outstanding opportunity to learn more about the history of the significant campaign.

“The only way you can know where you’re going is to know where you came from,” he said. “Being in the military, it’s important to know our background. Battles like Midway, World War II, great naval battles, that’s all a part of our history.” 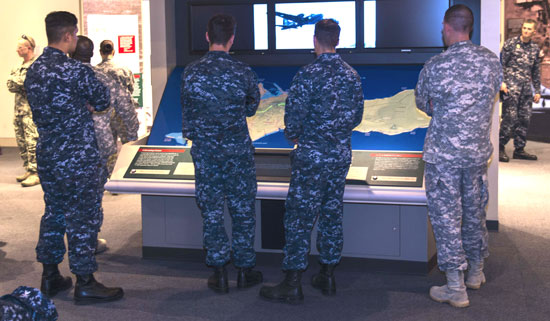 Command Program Analyst Sarah Schumacher said the event was a good way to remind staff of their shared mission.

“JRM is an administrative organization and sometimes employees may forget the valuable role they play in the defense of our nation,” she said. “The Battle of Midway commemoration reinforced that we all support, ‘one team, one fight.’ Personally, I took away lessons about leadership, teamwork and rising from a fall – just some remarkable foundations that make me proud to be an American.” 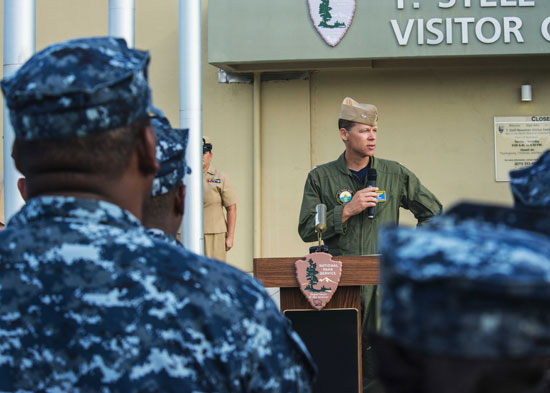