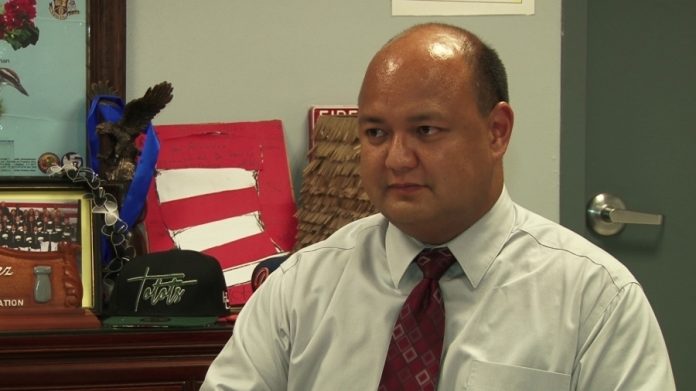 Fernandez filed an opposition to the motion the Guam Education Board filed to dismiss the $7 million suit.

Guam – Ousted GDOE Superintendent Jon Fernandez is asking the District Court to throw out a motion the Guam Education Board is seeking to dismiss his lawsuit that he filed against them.

Last Friday, Jon Fernandez, through his attorney Delia Wolff, sought prospective injunctive and declaratory relief against the defendants, namely GEB, current members Lou San Nicolas, Rosie Tainatongo and Jose Cruz and former members Ken Chargualaf, Ryan Torres, and Charlene Concepcion. This was in response to a motion the board filed to dismiss the lawsuit.

Gary Gumataotao, one of the attorneys representing the board members, says the board and its members cannot be sued because of its sovereign immunity as an agency of GovGuam. But Fernandez, in court papers, says “a Guam official is a person under section 1983 when sued in his official capacity for prospective relief.”

Fernandez is suing the board and 6 of its current and former members for $7 million dollars on claims that they violated his civil rights when they voted to terminate his contract without due process.