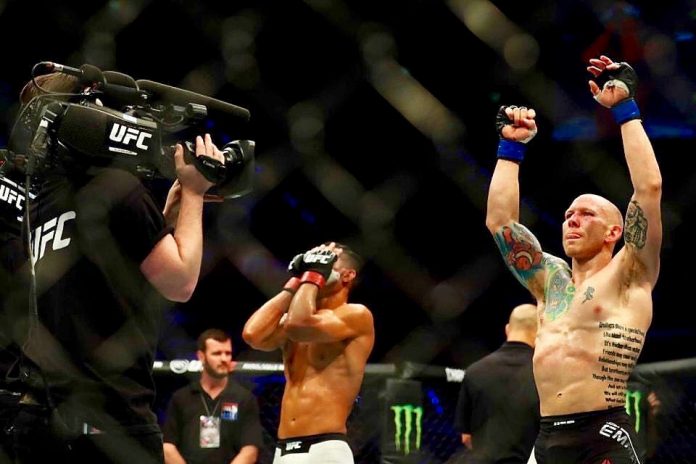 GUAM – UFC Fight Night 87, in the Netherlands went down between Jon Tuck and Josh Emmett. It was Emmett, who took a split decision over Tuck in his UFC debut in Rotterdamn. However, boos could be heard throughout the Ahoy Rotterdam Arena during the last 30 seconds or so of the 3rd round. The crowd’s reaction was due their disapproval of Emmett’s survival tactics at the close of the fight, as he quite blatantly ran from the Tuck, who, no doubt was desperate for a last-second finish. The boos returned when Emmett, who took the fight on only a few days notice, was declared a split decision winner. The performance pushed the undefeated Team Alpha Male product to a record of 10-0, and in case anyone doubted his heart, Emmett flashed his newfound compound fracture on social media, post-fight.