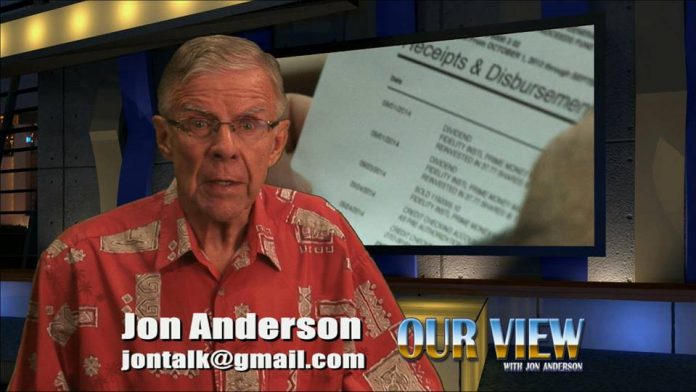 Guam – The University of Guam has unveiled an exciting, new opportunity for the media professionals of tomorrow.  The Jon A. Anderson Journalism Scholarship was launched this afternoon, as friends and family gathered to remember the legacy of an incomparable community leader.

“Guam needs truth-tellers and truth-seekers.  The Jon A. Anderson Journalism Scholarship is our collective way of supporting this belief, and honoring a man who illustrated it perfectly,” said Rex Sorensen, CEO of the Sorensen Media Group, which Jon helped found.

The tuition assistance program, created by Jon’s family as a tribute to the father of talk radio on Guam, can be supported through the UOG Endowment Foundation.  Once fully implemented, the scholarship will allow aspiring newspaper reporters, television broadcasters, and talk show hosts to be mentored and educated by the very best in the field.

“Jon had such a big impact on my career, and I can’t think of a better way to pay his generosity forward by ensuring a bright future in journalism on Guam,” said Patti Arroyo, who co-hosted Newstalk K57’s flagship morning show with Jon for 10 years.  “I encourage his colleagues in media, and anyone who was touched by the sound of his voice, to donate if they can.”

To make a donation today, click here or contact Myracle Mugol, Associate Director at UOG Endowment Foundation at myracle@uogendowment.org or 735-2956/7.