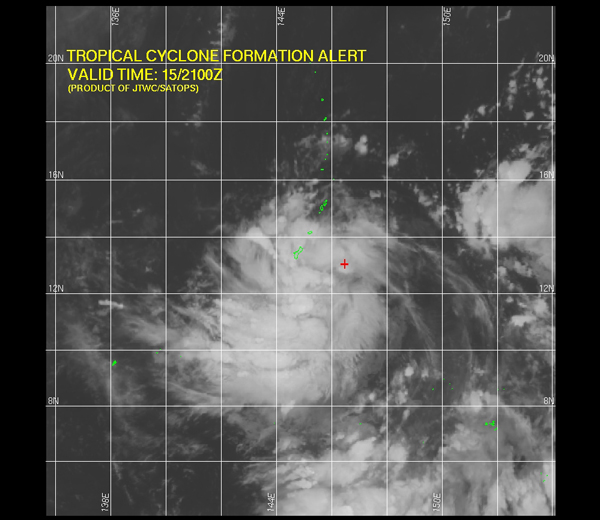 READ the JTWC Alert below:

Available data does not justify issuance of numbered Tropical Cyclone Warnings at this time.

Winds in the area are estimated to be 18 to 23 knots. Metsat imagery at 151932z indicates that a circulation center is located near 13.0n 146.5e. the system is moving southwestward at 11 knots.

The disturbance currently lies equatorward of an upper-level ridge axis, in an area of moderate northeasterly vertical wind shear.

Maximum sustained surface winds are estimated at 18 to 23 knots.

Minimum sea level pressure is estimated to be near 1006 mb. Due to the increased consolidation of the llcc, the potential for development of a significant tropical cyclone within the next 24 hours is high.

3. This alert will be reissued, upgraded to warning or cancelled by 162100z. 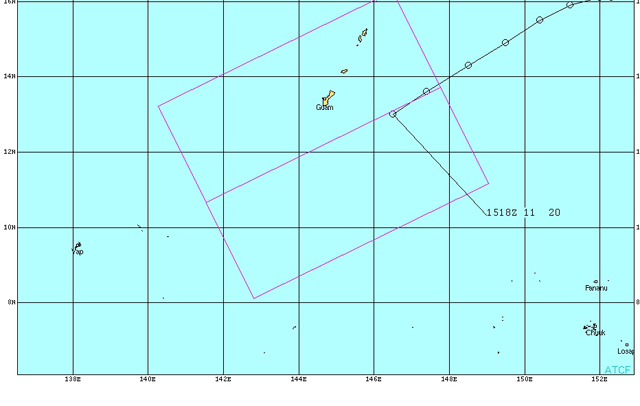