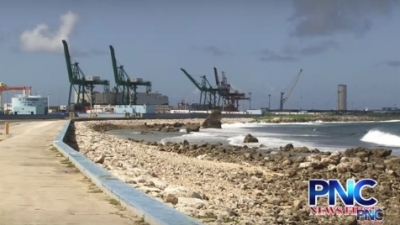 The hearing to confirm or deny the award is scheduled for September 8.

Guam – It looks like the attorney general will not be able to intervene in an upcoming court hearing to either confirm or deny an arbitration panel’s award of $14 million to Guam YTK Corp. from the Port Authority of Guam.

Judge Anita Sukola denied the motion for the AG to intervene but she did allow the AG to file amicus curiae brief. The AG must file the brief no later than august 5th and Guam YTK has until august 15th to reply to the brief. This means the AG will not be a direct party to the case but will have a strong interest in the outcome of the case. An Amicus Brief is usually filed to help influence the courts decision in favor of a specific party. Genevieve Rapadas, counsel for Guam YTK says in a statement, “while we respect and appreciate the attorney general’s attention to this matter, we believe that her intervention came too late and serves no purpose given that Guam law does not permit the review of the merits of the arbitration panel’s decision, end quote. The hearing to confirm or deny the award is scheduled for September 8.