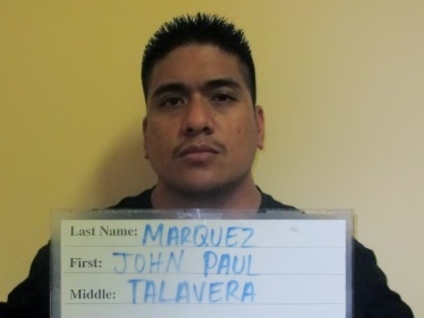 John Paul Marquez is accused of smuggling methamphetamine concealed inside of balloons in his rectum when he traveled from the Philippines to Guam.

Guam – Chief District Court Judge Frances Tydingco-Gatewood has denied a motion to suppress evidence from a defendant who’s accused of smuggling ice into Guam through is rectal cavity.

Although federal agents say the defendant, John Paul Marquez, consented to a search of his rectum before a search warrant was signed and executed, his defense argued that his consent was coerced and ill-gotten.

At the time Marquez consented, court papers note that the methamphetamine concealed inside of balloons had been inside his body for an extended amount of time and that while waiting for the warrant at the hospital, he allegedly told Homeland Security agents that he didn’t want to die and that “they’ve been inside me too long.”

In her decision, Judge Gatewood notes that Marquez did give voluntary consent at the hospital and that he had been read his Miranda rights.

You can read the entire by clicking on the file below.