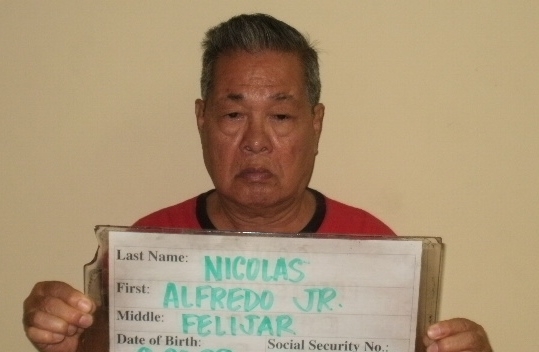 In addition to the legal guardian defense the AG’s Office used, they also claimed that the public school system is not liable for the victim’s suffering because the child did not get permission to use the restroom.

Guam – The father of a five-year-old child who’s suing the Department of Education for damages after his son was molested by a school janitor just lost his case but it appears to be because of a technicality.

But regardless of the technicality, DOE attorneys argue that the child did not follow school rules when he decided to go to the bathroom alone.

The AG’s Office even issued a press release when Nicolas was convicted of second degree criminal sexual conduct back in September 2012, calling the five-year-old victim a “hero.” But now that the child’s father is taking legal action against the Department of Education for monetary damages, the AG’s Office is defending DOE.

“He was living with his father who signed the claim at the time that he was molested by the school janitor. If you look at the public trial, they actually relied–the AG’s Office relied on the father’s statement in requesting a 10-year jail time for the janitor and yet now, dad is not good enough to sign the claim,” Camacho points out.

Camacho is talking about a summary judgment filed by the Attorney General’s Office in which they argued that because the child’s legal guardian is his grandmother, the child’s father has no right to file a claim against the DOE. In court today, Judge James Canto granted the AG’s motion for summary judgment, dismissing the case.

“This is just one of those cases where we filed it thinking that DOE and the AG’s Office would own up to their responsibility to all the kids that go to public schools and instead we’re two years later and they’re relying on this pretty technical argument that a claim should be filed by a guardian instead of a parent. It’s just unfortunate. I mean I understand the government wants to save money, but at what expense?” laments Camacho.

The incident happened back in January of 2012 at Liguan Elementary School. The five-year-old boy, on his way to a DEED class, stopped at a restroom where he was molested by Nicolas who was working as a school janitor. Fortunately, another student walked in and witnessed Nicolas touching the boy.

“The whole goal has been to be able to provide this young boy money to pay for therapy as a result of him being assaulted and molested by a school janitor,” notes Camacho. “They had a duty to protect him and they didn’t.”

[The child] did not have permission to use the restroom unaccompanied at the time of the sexual touching.”

He also wrote: “That [the five-year-old boy] was briefly in a restroom alone with a perpetrator is not sufficient to establish prima facie case of liability against GDOE.”