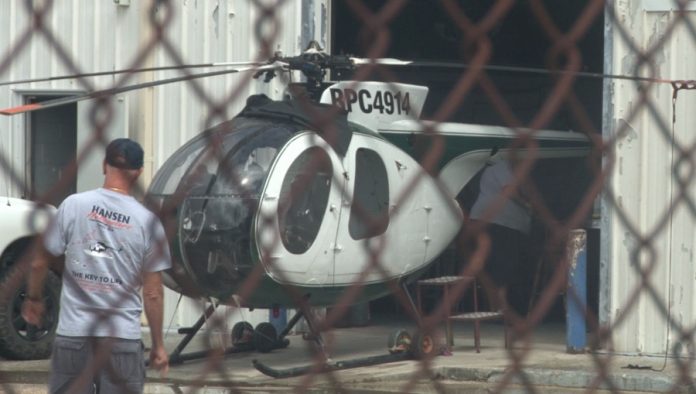 The judge had previously denied Hansen Helicopters a request for copies of the search warrants and affidavits behind the seizure of 15 of their helicopters.

Guam – A federal judge agrees that an investigation into Hansen Helicopters must be kept under wraps as publicizing it could jeopardize the entire case.

As such, US Magistrate Judge Joaquin Manibusan has agreed to seal key details in the ongoing investigation and only release information that would not harm the case. Manibusan granted in part a request by Hansen Helicopters to have access to a search warrant and an affidavit that were used to raid and seize assets from the company, including a number of helicopters.

Judge Manibusan, however, kept the warrant and affidavits under seal from the public but allowed Hansen to have access to a redacted version of them.

Late last year, as much as 15 helicopters were seized from Hansen along with the aircraft’s registrations, essentially crippling the company’s operations. Hansen is a scenic tour company that also provides services to the federal government.

While details are being kept secret for now, the only indication given about the investigation was in a previous court filing in which the US Attorney’s Office noted that disclosing the details could quote “give the suspects an opportunity to destroy evidence and/or likely cause flight from prosecution.”