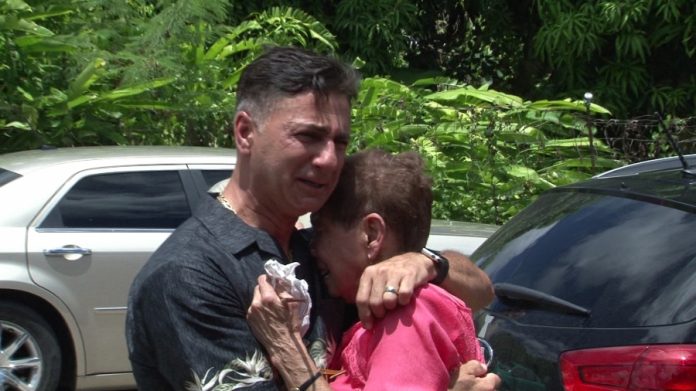 Judge Manibusan says the conclusion is “inescapable” that the law applies retroactively.

Guam – For the alleged victims of dethroned Archbishop Anthony Apuron, they are one step closer to a potential victory.

U.S. Magistrate Judge Joaquin Manibusan has recommended the denial of Apuron’s motion to dismiss the civil sex abuse lawsuits filed against him, which could set the tone for the remaining lawsuits against the Archdiocese of Agana.

It’s a recommendation that could change the course for the scores of sex abuse lawsuits filed agains the Archdiocese of Agana. Manibusan issued his report and recommendation on a motion to dismiss filed by Archbishop Anthony Apuron’s attorney, Jacque Terlaje.

Apuron is facing four civil claims of sexual abuse in federal court, which are separate from similar allegations he’s facing in a canonical trial Rome. The four alleged victims filed these claims, accusing Apuron of sexually abusing them on separate occasions in the 1970s while they were altar servers at the Mt. Carmel Catholic Church.

Although four decades old, the plaintiffs were able to file the lawsuits because the civil statute of limitation was lifted under a law passed in Sept. 2016.

But Attorney Telaje sought dismissal of the lawsuits on grounds that the 2016 law was vague in its interpretation of the words “at any time,” referring to a part in the law that says the claims could be filed at any time. Because of its ambiguity, Terlaje argued that the law can only be applied prospectively and not retroactively.

Terlaje’s second point was that even if the law were to be applied retroactively, the law is in violation of Apuron’s due process rights as a statute of limitations also comes with it certain protections such as preservation of things that would otherwise get lost with passage of time.

On the issue of whether the law applies retroactively, Judge Manibusan, in his report, referred to the law itself and its legislative intent, citing sections that read “prior provisions in Guam law ‘served to discourage abuse survivors,’ and that by passing the new law, the Legislature intended ‘to make it possible for those child sexual abuse survivors o seek justice against their victimizers.'”

“Thus,” Judge Manibusan expressly wrote, “the conclusion is inescapable that the above statute operates ‘retroactively.'”

With regards to Apuron’s due process rights, Judge Manibusan disagrees that the 2016 law deprives him of a vested right. Manibusan notes that the only thing taken away from the ousted archbishop is his immunity from sex abuse lawsuits.

Terlaje, meanwhile, says this is a normal process and they still have the opportunity to object.