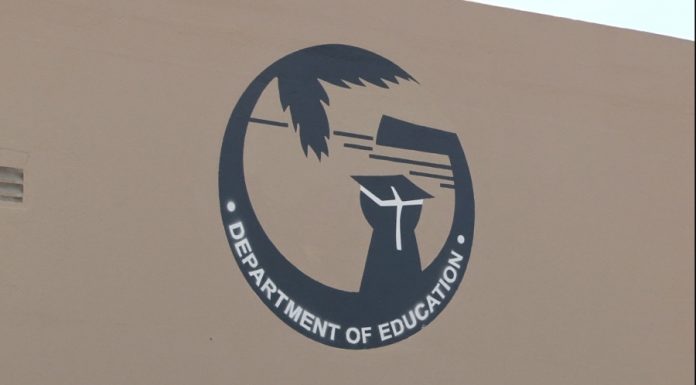 Today, marks the first day that the parties met for settlement and this was the first time in several months that the superintendent was present himself.

Guam – The Guam Education Board and Superintendent Jon Fernandez  are currently in settlement talks under the guidance of Judge Alex Munson.

“I can’t comment on the settlement conference and what was discussed there — that actually applies to all parties and representatives. All I want to say is that we’re moving forward. And I think everyone wants to see a resolution, everyone wants to see how we can best move forward,” said Fernandez.

The board is currently facing a $7 million lawsuit filed by Fernandez last fall after a controversial termination from the board.

Today, marks the first day that the parties met for settlement and this was the first time in several months that the superintendent was present himself.

“I respect Judge Munson who was there on behalf of the courts to conduct the settlement conference. He indicated and really directed us that we respect the confidentially of the process and anything that gets done in court will be done transparently and publicly by the appropriate party. So, whether that’s Judge Munson or anyone else, you’ll be able to get that information as it comes out.

The superintendent wasn’t shy about the immense strain the lawsuit has been for him personally and the Department of Education.

“Here’s my overall comment about where we are with things: obviously its been a very, for me personally, and the department a very difficult 8-9 months since things began last summer. It’s really time to focus on the work at hand. We’re tired of being in limbo. They want direction. They want guidance, so it’s my task to prepare for the next year, how to prepare for the next year, how to communicate those priorities, how to get everybody on the same band wagon so that we’re all kind of working together,” he said.

It’s unclear whether both parties will require the entire 90 days to discuss settlement, but the superintendent tells PNC that it’s time to move forward regardless.

“We’ll standby and I’m sure when there’s information to be shared, it will probably be shared through the court and to all of you,” he added.