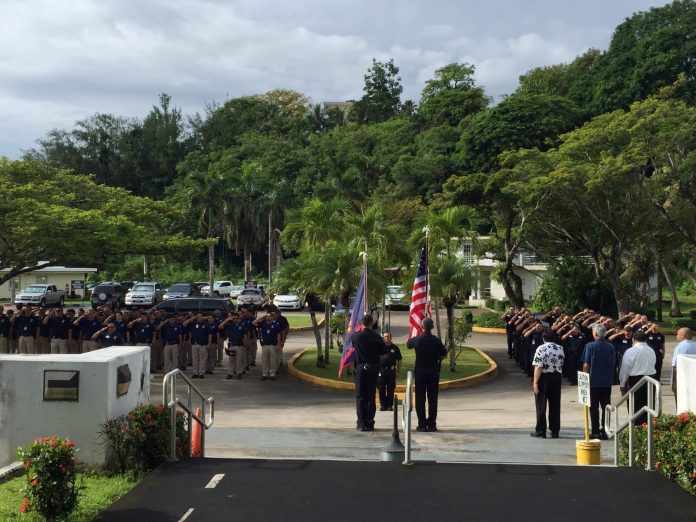 Judiciary of Guam representatives and staff gather to commemorate the monumental incident of September 11th, 2001.

Today marks the anniversary of one of America’s most memorable dates of the 21st Century, September 11th.  Many of Guam’s military took a moment to pay their respect to the memory of the incident that impacted America, known as “9/11”, and the Judiciary of Guam made sure to also take a moment to pay respect.

The Unified Courts of Guam gathered this morning in a moment of silence and saluted the Fallen.  As the tune of America’s Star Spangled Banner played, Chief Justice Robert Torres stood in salute next to the American Flag (pictured center) while joined by rows of probation officers on his right (pictured left) and court Marshals filed in line on his left (pictured right).

It has been 14 years since the tragedy struck America in 2011. The Judiciary of Guam is another branch of the Government of Guam to join the community in honor of and respect for the fallen.