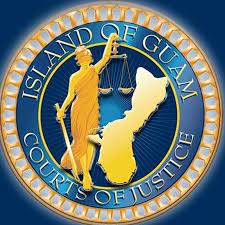 Earlier today the judiciary of Guam presented their fiscal year 2023 budget request to the Guam Legislature, where they requested approximately 37 million dollars.

During the presentation, Finance Administration Gudmalin provided factual information that within the general funds the judiciary of Guam has approximately 695 million dollars appropriated to them due to public law 36 – 54 but is only requesting a minimum of 5.33% of this amount for FY 2023.

Apart from the budget, Judiciary Administrator, Kristina Baird, Administrator for the Courts for JOD presented the below the line budget request for the Electronic Monitoring program. This program was first funded in 2019 with approximately 500,000 dollars. This program looks to help bring an alternative to incarceration to the department of corrections using GPS and other tracking devices. With this program Administrator, Baird states that there are multiple benefits that have research provided like with potential of 100 clients can save DOC around 4.7 million dollars whereas they are saving approximately 2.3 million with their current 50 clientele. According to a study concluded in Florida in regard to EM monitored individuals brought forth positive benefits to recidivism said, Baird.

According to Baird, ” The EM program may be the offender’s last chance to break out of the world of crime.