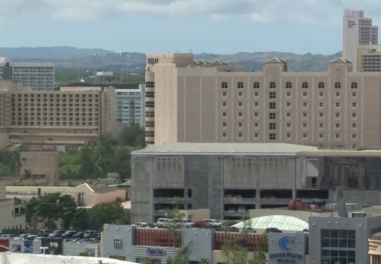 Guam – June 2016 was a great month for visitor arrivals with Guam welcoming over 118,000 visitors.

According to a release from the Guam Visitors Bureau, June 2016 was the best June in Guam’s tourism history, beating out a 21 year old record set in June 1995 of 116,000 visitors. Compared to the previous year, June 2016 saw an increase of 17 percent. GVB General Manager Nate Denight attributes visitor arrivals to signature events. Also stated in the release, the first part of June wrapped up the largest cultural event for Guam with the closing of the Festival of Pacific Arts. Additionally, increases were also noted in the daily arrivals leading to the Guam Art Exhibit and Electric Island Festival. Denight explains that since June is usually a slow month for tourism, the Guam Summer Beach Fest and other events through the remainder of the year are planned to help attract more visitors to Guam.

He says, “Another record breaking month in June. Best June of all time with 118-thousand visitors. That was mainly due to Korea, increasing. Taiwan was also up, but also Philippines, mainland China, continues to go up. Happenings we have have been really helping the numbers grow.”

Denight says GVB continues to work closely with travel agents and those in the travel trade industry to improve visitor numbers from Guam’s top market.