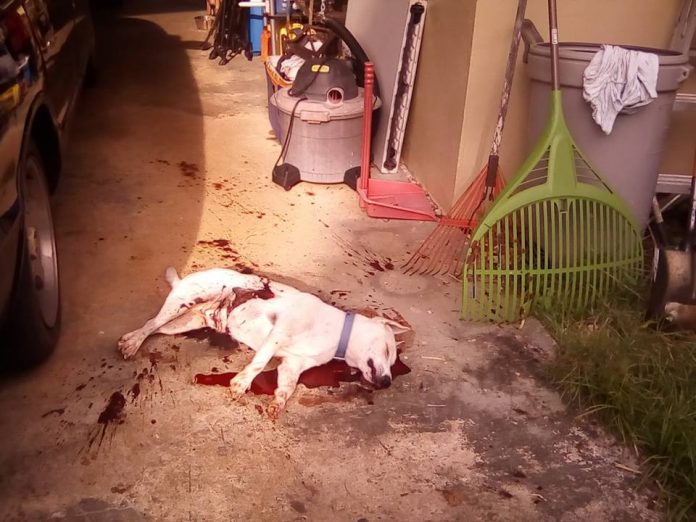 Guam – Activists, pet owners and concerned citizens banded together during a rally in Hagatna to demand justice for Pugua, the family dog shot dead in Yigo

If you’re new to this story, Pugua was one of the pets shot and killed in Yigo by Gerald Wayne Cruz.

Cruz was charged with animal cruelty among other offenses. Superior Court Judge Michael Bordallo Cruz dismissed all felony charges against Cruz, saying the case failed to prove the element of cruelty.

The outrage from the community has led to two bills being introduced in the legislature.

In Bill 49-35, Sen. Sabina Perez pushed for strengthening the current animal abuse laws of Guam by adding the word “malicious” to the existing law.

Sen. Louise Muña also introduced Bill 48-35, which categorizes the crime of the “unlawful killing” a pet as “animal abuse in the first degree.”

The protest was peaceful and took place during the Wednesday night market at Chamorro Village. Members of Guam Animals In Need and other animal rights activists were in attendance.