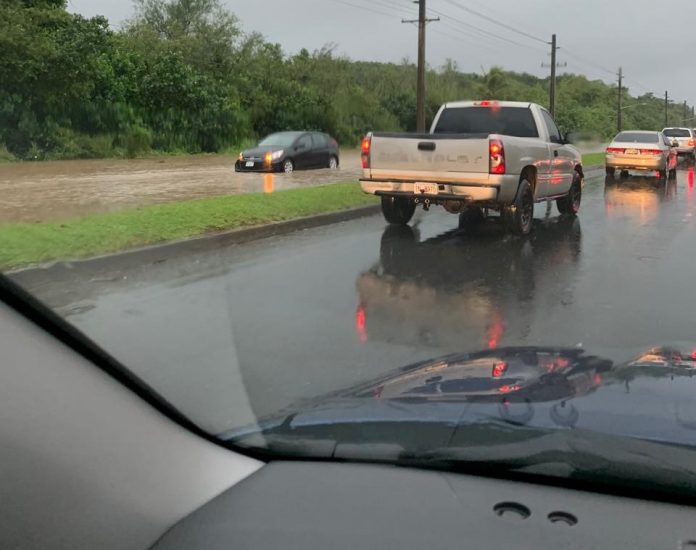 Tropical storm Kammuri is on its way out into the Philippine Sea, away from Guam, after bringing some gusty winds and periods of heavy rain overnight.

Those conditions are expected to persist through the morning, but the worst is over.

The island remains in Condition of Readiness 2. All GovGuam offices are closed today and all public, private and DoDEA schools are closed as well.

Kammuri made its closest point of approach to the island about 1 a.m. this morning  about 140 miles per hour south of the island.

Sustained winds of 35 to 40 mph blew throughout the night. The highest gust of 61 mph was recorded up at Andersen Air Force Base.

Winds will likely decrease throughout  this morning, but gusty conditions and hazardous seas will persist throughout the day.

Shelters were opened last night. As of 5 a.m. this morning there were 173 individuals who sought shelter from the storm.

Damage appears to have been minimal. DPW Deputy Director Jesse Garcia says there have been some reports of down tree limbs and vegetation, but nothing major.

Flooding on the roadways is the big problem this morning.

The airport remains open and scheduled departures and arrivals remain on track, but travelers are advised to check with your airline before going to the airport.

A Wind Advisory remains in effect for the airport through 7 p.m. tonight.