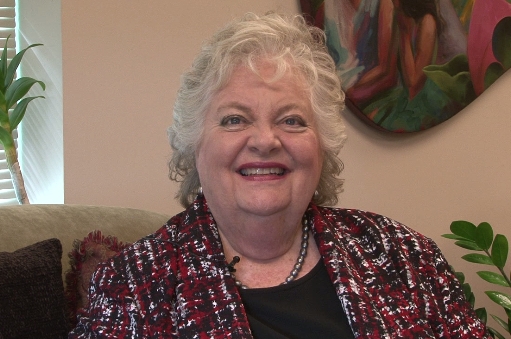 Guam – History was made today as Associate Justice Katherine Maraman was sworn in to serve as the first female Chief Justice of the Supreme Court of Guam during an installation ceremony.

“I am very honored and humbled to stand before you today as the first female Chief Justice of the Micronesian region,” Maraman said in her speech. “I hope for the day when there will have been so many women in these government positions that we no longer could name them or count them on both hands. I’m encouraged, and believe that more Guamanian and Micronesian women are aspiring to positions of leadership just as young Guamanian and Micronesian men do.”

Justice Maraman joins the list of women who sat in leadership positions, from Judi Won Pat as the first elected woman Speaker of the Guam Legislature, to Madeleine Bordallo as a First Lady, Senator, Lt. Governor, and Congresswoman, along with the women who served as justices and judges in the Judiciary of Guam.

One of the main things Maraman will tackle as Chief Justice is the restoration of the Historical Courthouse and the relocation of the Supreme Court.

“We are all committed to reaching the best judgments possible and enhancing the rule of law throughout our island. We have asked for the addition of one more trial judge to enhance the performance of the trial courts. With another judge, we will be able to address some of the cases which are progressing slowly because of the criminal case load and jury trials,” Maraman stated of the Judiciary’s plans. “The next few years are going to be especially challenging because our facilities will be undergoing massive renovations. I assure you that we are working hard to minimize disruptions to hearings, trials, and other judicial proceedings.”

The community can look forward to Maraman’s tenure as the first, and expectantly not the last, woman elected as Chief Justice.