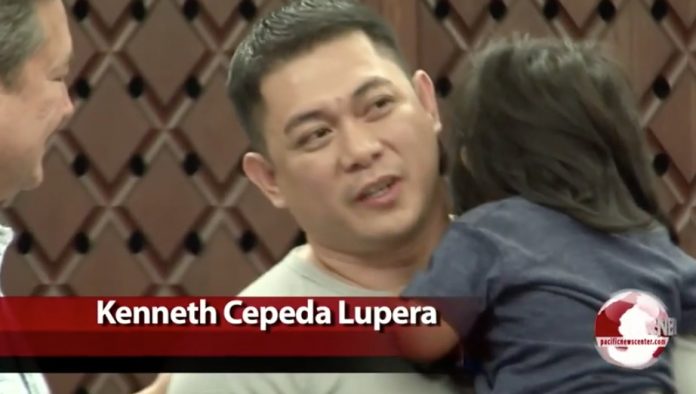 Guam – The bystander who called 911 leading to the rescue of a man from a burning car earlier this week was presented an award today by Governor Eddie Calvo.

Kenneth Cepeda Lupera was given the Latte award this morning for calling 911 and aiding police officers who responded to the car crash. Lupera like the five police officers who were given the award on Wednesday received it with the utmost humilty. Lupera even told the Governor that he didn’t need this award however Governor Calvo felt otherwise. “Here is a man that was conducting his day to day affairs and he came upon a potentially very tragic situation. He made the call but that’s not all he was there also to assist in a very very dangerous situation that puts him at risk as well and with that I want to acknowledge him and thank him because he has been a good samaritan,” said Governor Calvo.

“I guess me I was just there in the right place at the right time but the ones that deserve this are the men in uniform because they’re putting their lives on the line on a daily basis.”