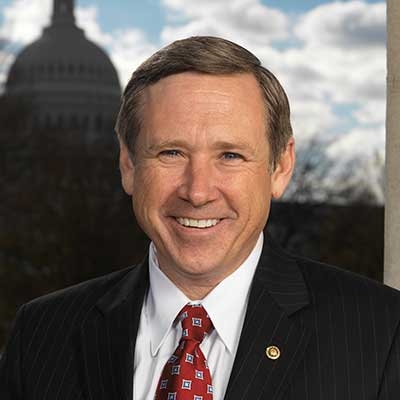 It’s rare that Guam tops any chairman’s list of opening remarks at a Congressional hearing. But that’s what happened this week at a hearing of the Senate Military Construction Appropriations Subcommittee.

Kirk says, “Missile defense is one of my greatest priorities, as chair of this committee…I would say that I’m favorably looking at the expeditionary deployment of THAAD to Guam, as a permanent funding item that we would look at.”
Kirk’s comments came on the same day the Washington Post ran a story, headlined, “Fears that North Korea Can Launch Multiple Rockets.”
The article details North Korea’s development of a large-caliber multiple launch rocket system that could strike South Korea, as soon as this year…and South Korea’s comments, it believes the North is now able to mount a nuclear warhead on a medium-range missile, capable of reaching most of Japan.
The Pyongyang Regime has threatened Guam directly, by name, and the Pentagon is taking no chances, deploying in 2013, Thermal High Altitude Area Defense missiles at Andersen Air Force Base.
Guam Congresswoman Madeleine Bordallo has pressed DOD repeatedly to make THAAD’s basing on Guam, permanent.
She told military leaders in March of 2014 that THAAD, using kinetic energy to destroy incoming conventional and nuclear missiles in their terminal phase, needs to stay on Guam, “The THAAD is an added defense against North Korea and their threats.  And the people of Guam are very supportive of THAAD remaining on the island.”
Bordallo praised Senate Chair Kirk for favorably considering making THAAD’s deployment permanent, adding, “The THAAD missile battery on Guam continues to provide critical protection from ballistic missiles threat to our island.”
Army officials told a House Armed Services hearing recently, they are moving toward a permanent THAAD presence on Guam, possibly by the end of this year.  But Congress must still fund the effort.
Bordallo says THAAD “sends an important message to aggressors” that the US will “do what it takes to protect the homeland.”