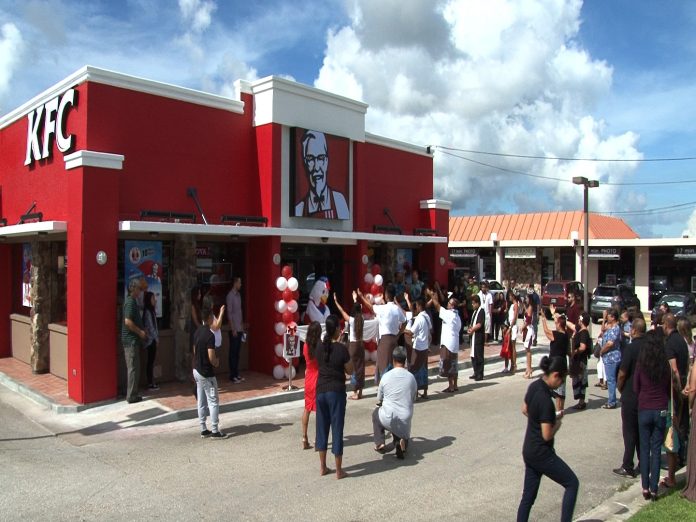 The next time you are in Dededo, make sure to cross the road to the newly-renovated KFC.

GUAM – KFC officially launched the grand re-opening of its Dededo location over the weekend.  This is the first time in 26 years that the restaurant has undergone major renovation.  Dededo Mayor Melissa Savares, who was present at the opening, says the renovation will bring much-needed revenue stream and income to the village.

According to General Manager of the newly-renovated store, Frank Cruz, the Dededo KFC needed to change with the times. “Close to 30 years later, and for a long time… we needed to remodel to try to catch up to the times, and what a change!” Cruz remarked. “This is for the customers, the employees… for the community. It’s just great to be a part of it.”