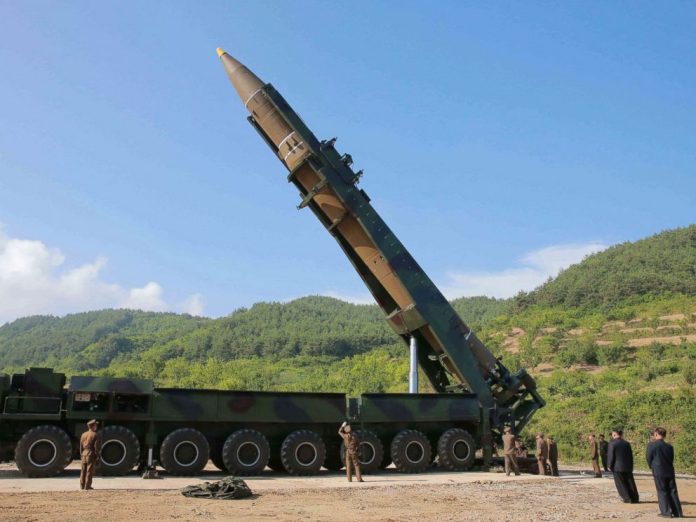 It should be noted that although the North Korean leader has reviewed plans to shoot missiles near Guam the Wall Street Journal is reporting that Kim Jong Un has decided not to launch missiles towards Guam but he could change his mind “if the Yankees persist in their extremely dangerous reckless actions.”

Guam – CNN is reporting that Kim Jong Un has inspected his military’s plans to launch missiles at Guam.

North Korea’s state-run KCNA reported that Kim Jong Un had discussed the “possibility” of a strike with his top commanders. The report stated “He said that if the planned fire of power demonstration is carried out as the US is going more reckless, it will be the most delightful historic moment when the Hwasong artillerymen will wring the windpipes of the Yankees and point daggers at their necks, underlining the need to be always ready for launching to go into action anytime once our Party decides.”

U.S. Secretary of Defense James Mattis warned the DPRK saying “If they shoot at the United States, I’m assuming they’ve hit the United States. … If they do that, then it’s game on.” Adding, “You don’t shoot at people in this world unless you want to bear the consequences.”

Mattis also assured the public that the US military would be able to determine “within moments” after launch whether or not a North Korean missile was headed for Guam and would take it out.

CNN is reporting that a senior US defense official has told them that spy satellites have observed a mobile missile launcher capable of launching an intermediate range ballistic missile being moved in a way that leads the US military to believe preparations are being made for a possible intermediate ballistic launch. However, the official cautioned that it’s not believed to be directly related to the threat issued by North Korea last week to shoot four Hwasong missles 30-40 kilometers off of Guam’s waters. CNN reports that the official does believe this movement suggests that they could be planning the launch of a single missile as soon as 24-48 hours.