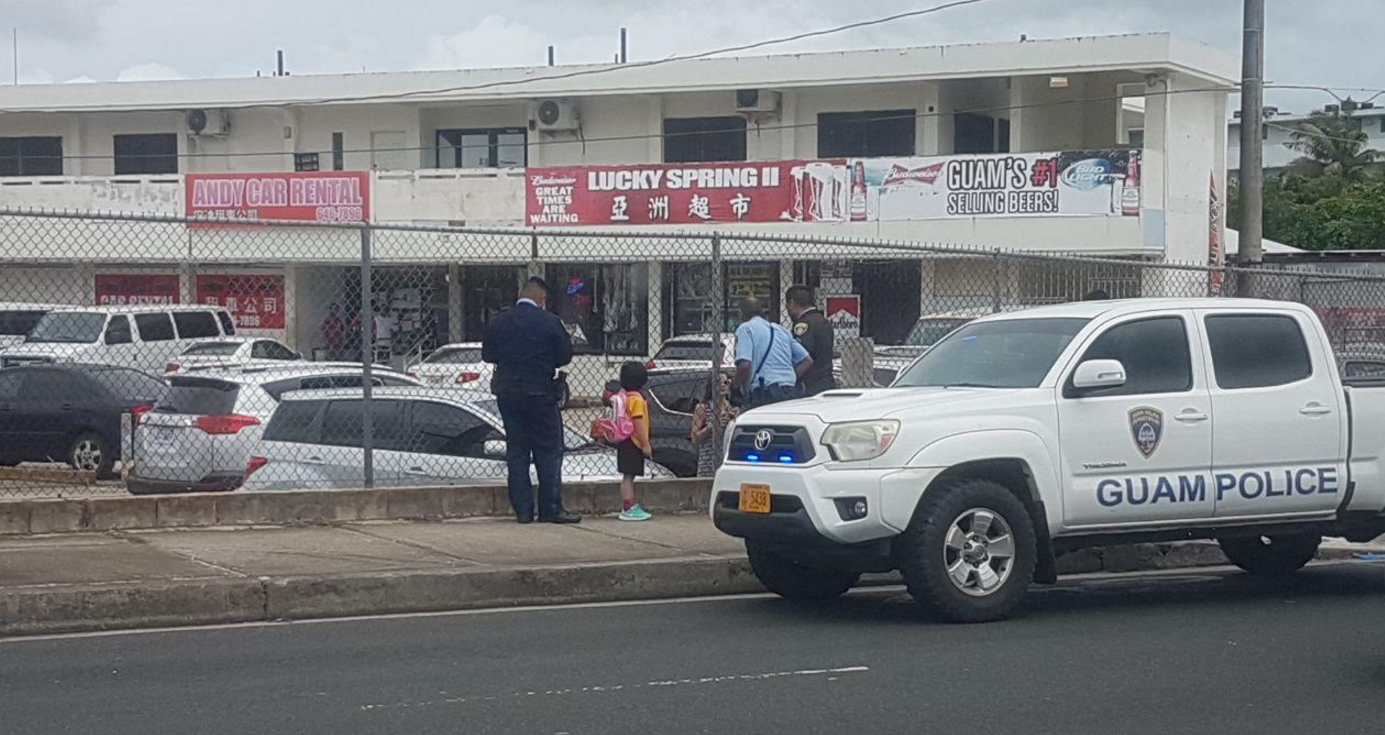 The Chief Brodie Elementary School student was quickly joined by three police officers and a woman identified as a teacher of the elementary school after the incident.

Guam – A kindergarten student was spotted by police walking alone alongside the busy Harmon Loop road this afternoon after being dropped off at the wrong bus stop.

A picture provided by a concerned citizen shows the Chief Brodie Elementary School student joined by three police officers and a woman identified as a teacher of the elementary school.

According to Guam Police Department’s Public Information Officer AJ Balajadia, the kindergartner was accidentally let off the bus a full two stops early.

Balajadia says the student’s bus driver is reportedly new to the school route and there is still some confusion as to why the student was let off the bus alone.

The GPD spokesperson says luckily both the student’s teacher and three nearby police officers noticed the student walking alone on the busy intersection and quickly intervened.