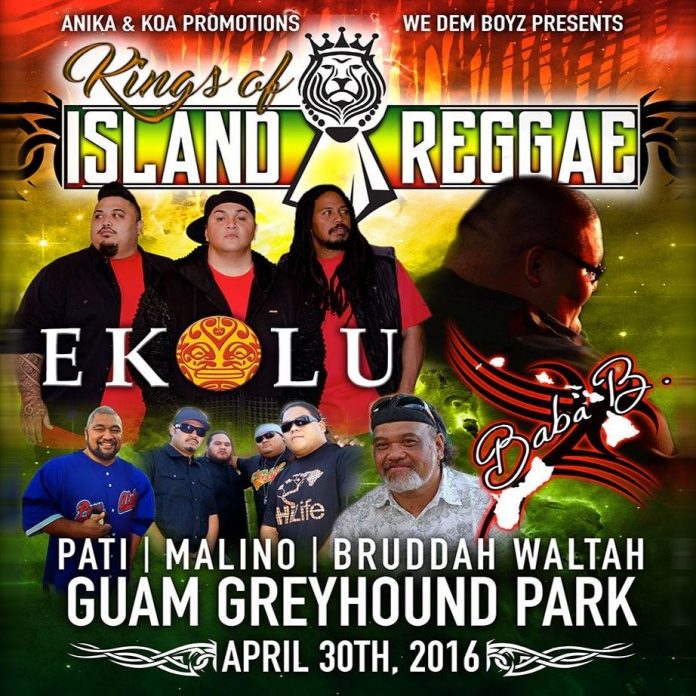 The concert will feature island reggae superstars Baba B, Ekolu, Pati, Malino and Bruddah Waltah. This will be Malino and Ekolu’s first time performing on Guam. Baba B says you can expect the same positive feel-good vibes that you have come to expect from his music. Bradah Waltah is known for his mix of Hawaiian and Jamaican sounds. Pati is known for the smooth sounds of his R&B influenced music. “I’m Gonna do R Kelly because I like R&B music,” said Pati before he began to sing, “My minds telling me no but my body, my body’s telling me yes! Baby! Okay we gonna do more you come to the show we gonna do some more.”

Ticket holders will also get a chance to enter a raffle to win a Mitsubishi Lancer from the Guam Autospot.