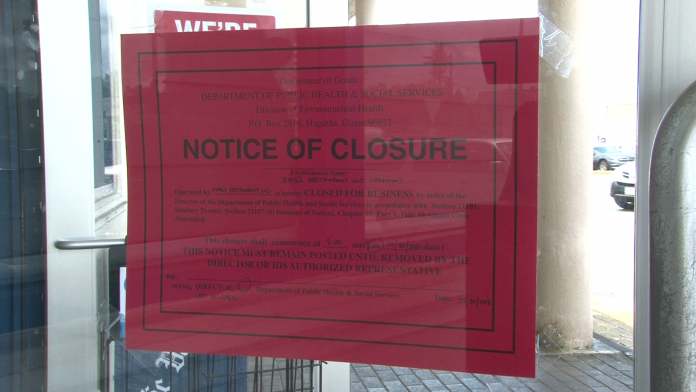 Guam – Northerners, say goodbye to your Country Browns and Fried Rice Alas. At least for a little while.

King’s at the Compadres Mall had their sanitary permit suspended yesterday. According to an email release, the Guam Department of Public Health and Social Services conducted an inspection of the popular Harmon restaurant following a complaint of an insect found in a customer’s meal.

The Public Health employees found issues with the establishment’s sanitizer strength and various food storage temperatures, but they were all minor violations that still would have given King’s an “A” health rating.

However, the inspectors discovered a cockroach infestation in the kitchen. The Food Establishment Inspection Report read: “Four live nymphs found in kitchen area across three-compartment sink.” It was this finding that immediately resulted in the suspension of the restaurant’s sanitary permit.

The beloved eatery can resume its food services once Public Health’s required corrective actions are realized, and a $100 dollar reinstatement fee paid.