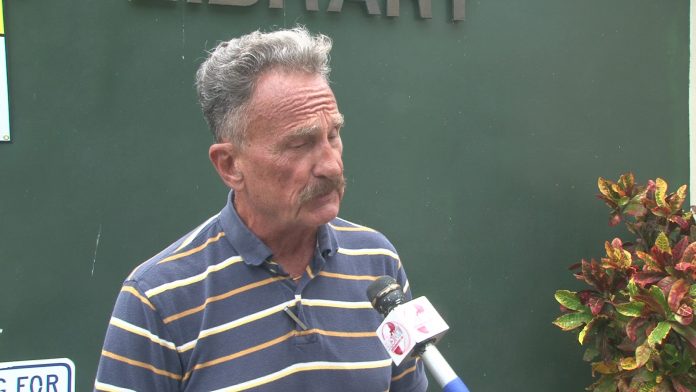 Guam – Former Senator and vocal critic of the Archdiocese Bob Klitzkie is questioning the sincerity of Archbishop Savio Hon Tai Fai’s actions with regards to a press conference he held and subsequent interviews with the media.

In particular, Klitzkie says the timing of Archbishop Hon’s actions call into question his motives. Archbishop Hon called for a press conference last week in which he retracted certain statements issued by the Archdiocese, but the press conference was held a day after he was served with an amended complaint naming him as a defendant in a $2 million slander and libel lawsuit.

The plaintiffs, Walter Denton, Roland Sondia, Doris Concepcion and Roy Quintanilla all accused Archbishop Anthony Apuron of sexual abuse dating back to the 1970s. The Archdiocese issued statements denouncing the accusers claims as well as the statements of others.

“When he retracted the statements, it was after he was served with that amended complaint which stated that by not repudiating or distancing himself from the things that Apuron said, they were his,” argues Klitzkie. “The timing is pretty significant. He didn’t do anything. He didn’t ‘reach out’ to anybody, he didn’t do anything for anybody, he didn’t address any of these issues until he was served with that amended summons and complaint. Then, all of a sudden, it’s press conference, interviews, etcetera.”

As far as reaching out to the alleged sex abuse victims, Klitzkie says it’s now too little too late.

“Well, funny, he didn’t want to talk to them before he was served with that amended complaint and of course now that he has been served with the amended complaint–he’s represented by counsel, by John Terlaje, the four, Roy, Roland, Doris and Walter, are represented by David Lujan–I don’t think David Lujan is gonna want to have his clients spending a lot of time with Archbishop Hon so that he could play mister nice guy and put them in a position where they would be uncomfortable, to say the least,” says Klitzkie.

Archbishop Hon told PNC yesterday that he is open to meeting with all the alleged victims, however, no such meeting has yet to be scheduled.