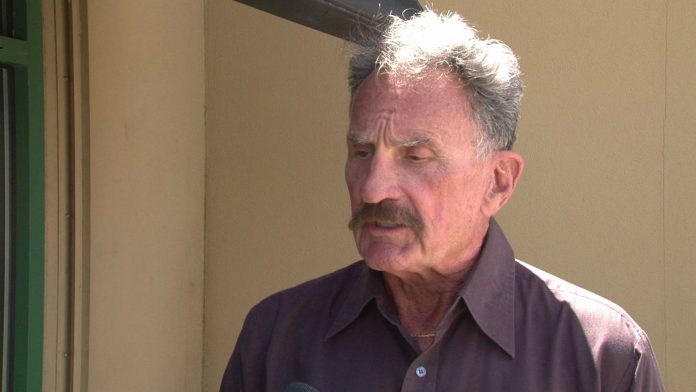 The Attorney General issued a memorandum yesterday to clarify for Department of Land Management that the procedure they took in correcting a title was legitimate.

Guam – Former Senator Bob Klitzkie remains unconvinced that a corrected certificate of title involving the disputed seminary property is legitimate, despite a memorandum issued by the Attorney General in which she says Land Management followed the law.

Klitzkie is referring to a memorandum that was issued by Attorney General Elizabeth Barrett-Anderson yesterday. At the request of Department of Land Management Director Mike Borja, the AG clarified that the agency did follow the correct law when it corrected a certificate of title for the disputed Redemptoris Mater Seminary in Yona.

“That doesn’t seem right to me and I’m gonna find out what happened in between there because she went back on her own advice,” notes Klitzkie.

Klitzkie says the AG initially advised Borja to file a petition with the Superior Court of Guam to correct the error that was made on the title.

That error occurred last year October when the Archdiocese of Agana published in its newspaper, the Umatuna Si Yu’os, the certificate of title to prove that they still maintain control of the multimillion dollar property. The problem is the title was missing a deed restriction that many in the Catholic community believe deeds the property away to a third party.

Instead of filing a petition, Borja, at the advice of Assistant Attorney General Kristan Finney relied on a different law that would allow duplicate titles to suffice in correcting a mistake.

“It’s wrong on the law. You could have triplicate copies. That’s not what the law provides. The law at 21GCA, 21195 says if there’s an error etc on a certificate of title, you don’t fix it by erasing or whatever, you fix it by petitioning the superior court to correct it. Anything else does not follow the law,” Klitzkie explains. “That’s an interesting, but inconsequential and irrelevant fact.”

In fact, Klitzkie says he’s suspicious of the way the events transpired.

“I maintain that the declaration of deed restriction is both a deed and a restriction conveying ownership of that property from the archbishop to the seminary corporation. So not having that memorandum or not having that memorial on there was key and I can understand why the vicar general wanted to put that on the front page of the Umatuna Si Yu’os,” he adds.

He concludes by saying, “The director of land management in a couple of his press releases, Mike Borja said we take the utmost care, integrity, etc in the papers that come out of the Department of Land Management. I’ve seen that more than once and I saw it in his last release and today is after all April 1st.”