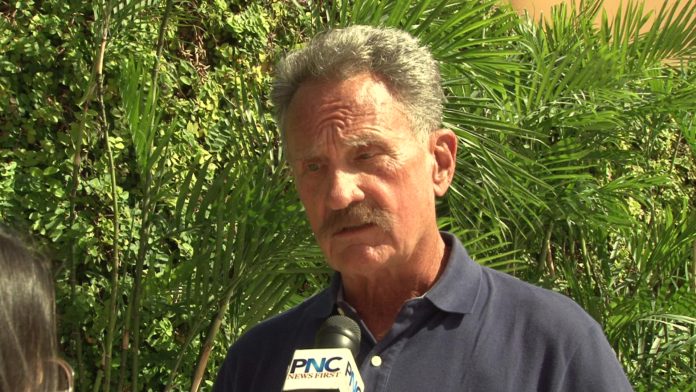 The former senator has sent a second FOIA request to the Guam Army National Guard’s Brigadier General Roderick Leon Guerrero seeking any information about an investigation the guard said they would launch on Senator Esteves, a non-commissioned officer in the guard, for his actions at the Andersen protests.

Last September, Senator Esteves participated in a human chain that blocked the entrance into the air base. A few days after the protest, guard spokesperson Maj. Josephine Blas said an investigation would be launched and Adjutant General Leon Guerrero also denounced Sgt. Esteves’ conduct.

Then, in a press release, Sen. Esteves said the internal personnel matter had “been resolved.”

“I wrote back to [Leon Guerrero] and I said, basically you came on and dumped on him in public, you said, ‘We don’t tolerate this, we don’t tolerate Sgt. Esteves’ activities, we’re doing an investigation, the investigation may take weeks or months,’ and then Sgt. Esteves comes back and says well what I did was to send a message and I did that, I sent my message and whatever happens to me, I can deal with it, I’ve never been afraid of the consequences, etc. And then [Esteves] says, the guard leadership and I have resolved it,” explained Klitzkie. “I sent papers and said ok let’s see that and I also said let’s see the official apology that you sent to General Douglas Cox.”

In his FOIA, Klitzkie requests specifically for any documents or papers regarding the guard’s investigation into Esteves.