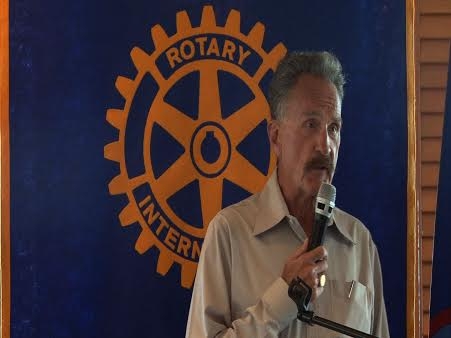 Klitzkie believes that the legislature had no right to give themselves raises and he thinks they should roll them back.

Guam – Former Senator Bob Klitzkie has five questions for current senators and he says these five will help him determine who to vote for in the upcoming election. Klitzkie spoke about these questions with the Rotary Club of Guam Thursday.

“The first one is will you use your best efforts to roll your salaries back to pre-November 21 levels and if the answer to that question is no then you probably don’t even need to go on to the other four,” said Klitzkie.

“This is an interview schedule I formulated myself to help me decide who I’m going to vote for so if someone wants to ask me if I’ll vote for him I’ll ask him those five questions and based on those answers I’ll determine whether or not I’ll vote for him. Actually though Clynt based on the first question I can pretty well figure it out,” said Klitzkie.

Klitzkie believes that the legislature had no right to give themselves raises and he thinks they should roll them back. He also spoke about what he calls the Won Pat ten made up of Speaker Judi Won Pat Senators Tony Ada Tina Muna Barnes Frank Blas Jr. James Espaldon Brant McCreadie Tommy Morrison Rory Respicio Dennis Rodriguez Jr. and Mary Torres. “Well the Won Pat ten is the ten senators that have supported in fact have dug their heels in and will not repeal those salary raises that the old Won Pat ten gave to themselves back in November 21st 2014,” said Klitzkie.

What about the Governor Lt. Governor and cabinet members who got raises as well? The bill for the raises came from Adelup. “It wasn’t the Governor who sent it it was the acting Governor it was Ray Tenorio that sent it and when he got it back the same day he signed it,” said Klitzkie.

“The legislature is where leadership lies so if senators would repeal their own raises then they can go after the Lt. Governor and all of these other things but if they can’t lead by example they don’t have the moral high ground to start dealing with somebody else’s salary,” said Klitzkie.