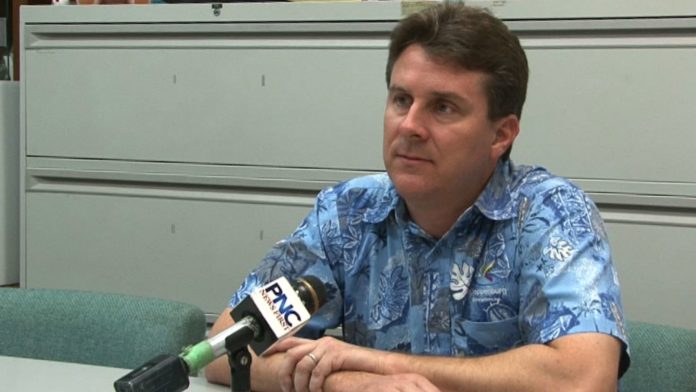 Guam – The Guam Regional Transit Authority was grilled at an oversight hearing on overbilling concerns this morning. But GRTA contractor Kloppenburg Enterprises said they can account for every penny they billed the mass transit agency.

Meantime, a former Adelup liaison and board member lodged some hefty allegations against the GRTA administration, saying the feds need to get involved.

The oversight hearing was called for after a scathing audit by the Office of Public Accountability which highlighted over $670,000 in misused funding. While the audit only sampled two weeks of invoices—one in 2016 and another in 2017—both former GRTA Adelup liaison Ray Topasna and former board member Ginger Porter said, based on their observations, overbilling may have been going on for nearly a decade.

In fact, both said they alerted Adelup about possible misconduct but instead of a solution to the glaring problem, they lost their jobs.

Both Topasna and Porter did independent reviews of GRTA’s finances, particularly of the ageny’s invoices. Both say they discovered discrepancies in the time logs and the hours Kloppenburg was charging the agencies. Further investigation revealed that this may have been going on for years.

After what Topasna described as a thorough review of GRTA finances, he concluded that the discrepancies within the agency weren’t the result of mere incompetence but something sinister in nature.

Porter, meanwhile, said that her review of a certain timeframe of the agency’s invoices reflected over 150 hours of billings and payment for services that were not delivered. Porter’s findings contradicted what Kloppenburg reported to the GRTA board. In one of the months Porter reviewed, she claimed to have found nearly $11,000 in overpayment.

Topasna also claimed that Kloppenburg was heavily cited by the federal government for its lack of compliance with ADA standards, saying Kloppenburg was at one point debarred.

Kloppenburg Enterprises Vice President Brad Kloppenburg responded to this claim and allegations of overbilling, saying, “that’s news to me. I’ve never heard anything so I’m not sure where he’s getting his information.”

Kloppenburg told oversight Chairman Sen. Frank Aguon Jr. that he can account for every cent he’s ever billed GRTA but unfortunately, the auditor never bothered to consult with Kloppenburg as it conducted the audit.

He offered to sit down with Sen. Aguon to pore over every detail, saying he can prove the opposite is true, that they actually underbilled the mass transit agency. He believes that Porter has an axe to grind with Kloppenburg and GRTA Executive Manager Rick Agustin and that her claims are a form of retribution.