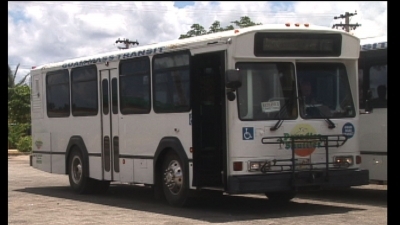 Kloppenburg enterprises was the only company to bid on providing bus services for Guam’s Mass Transit system.

Guam – Bruce Kloppenburg of Kloppenburg enterprises says that although they were the only ones to submit a multi-step bid for bus services for Guam’s mass transit system their bid was rejected.

Kloppenburg said on the mornings with Patti radio show on Newstalk K57 today that the official reason they were given was that a change of specifications was needed for the bid, however Kloppenburg says they were never notified that the bid would require a change of specifications. In fact he contends that they paid really close attention to make sure they submitted a good bid. “We were shocked we filed our protest yesterday. We feel that we are in pretty good shape I sense from all the years of experience dealing with GSA that GSA may look at us favorably on this because we did absolutely everything correct,” said Kloppenburg.

Now the bid process has been stalled and the bus services will remain on a month to month procurement basis which means Kloppenburg enterprises can’t buy any new buses for Guam’s mass transit system.