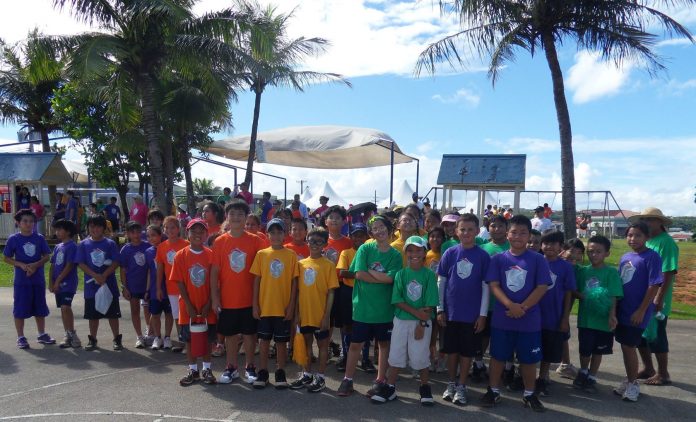 Guam – St. John’s School will host its 2nd annual sports day event on January 27 on campus to compete between its student house teams in their continued efforts promoting school spirit amongst the student body, faculty and parents. House teams were named after individuals who were knights of the realm in Camelot. “The kids are very excited, and it’s really quite the joy to see how genuine and eager they are to compete or just cheer,” stated PTO Dorothy Chavez.

The all day activities kicks off with the opening ceremony at 8:30am followed by competition events at 9am ending at 1:15pm with a Tug-o-War and Pin the Dodge in the gym. House teams include King Arthur (purple), Sir Lancelot (gold), Sir Pelleus (green) and Sir McCartney (orange). The highest points earned at the end of the school year will receive the 4 foot trophy from the previous year’s winners in its traditional journey for the school year.

“Thank you to our P.E. department, faculty, parent volunteers in their participation, support and hard work,” said Chavez.