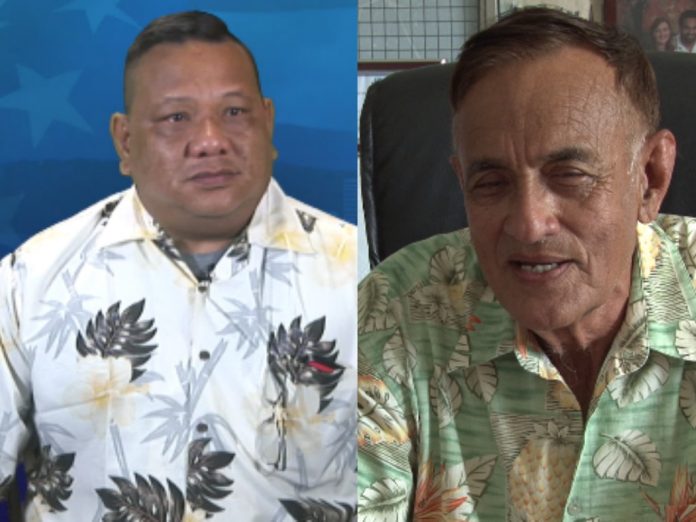 Both men are running for mayor under the Democratic ticket.

Guam – We head to Southern Guam in the village better known as “God’s Country” where two men are running for mayor under the Democratic ticket.

One of them is incumbent Mayor Vicente Taitague, who’s served a total of four terms as Mayor of Talofofo.

He states, “If you have the charisma, patience, understanding, you’re going to get what you want. In the past eight years, we have accomplished a lot of things here in Talofofo. We were able to renovate our baseball field using GHURA funds in the cost of $700-thousand dollars. We have a five-star facility there.”

Taitaigue says he wants to continue the work he’s already started if he was re-elected as Mayor. “We’re looking forward to building a soccer stadium for the soccer club. It’s a work in progress. Hopefully by next year, we’ll break ground. We’re also looking forward to constructing a baseball field for the football kids here in Guam. There’s only one field here in Guam and it’s in Dededo or Mangilao, nothing down south. So I got two things for Talofofo,” says Taitague.

He explains that he’s trying to get the resources together for a children’s playground. As far as community safety goes, he also hopes that a precinct will be built in the village. Taitague says, “I want to construct a south east precinct here in Talofofo. We do have the land here and we have the funding available from GHURA Block Grant.”

The other mayoral candidate is Wayne Ulloa, a family man who’s lived in Talofofo for most of his life and has worked as a clerk at both the Mayor’s Office and the Guam Legislature.

Ulloa says, “Why I’m running for office…I think the best answer I can give for that is that with my past experience with the community and how I was able to address their concerns and help them through working at the Mayor’s Office as well as the Legislature and Accounting Tech, I produced a relationship with people.”

Ulloa explains that if elected Mayor, he would create associations within the community. He says, “That’s my idea, creating associations on different subjects, such as roads, government facilities, community-based programs and working closely with the community I think we can get these things done.”

In fact, Ulloa already started some programs with his friends and neighbors in the village. Last year, Ulloa organized a School Supplies Drive to help families who struggle to buy all the needed supplies for their children attending Talofofo Elementary School. Ulloa also started a program called Individual Empowerment to Employment. He explains, “In the past years I’ve established a non-profit organization to help young adults and youth who lack education and driver’s license and unable to pass the ASVAB test. The reason why I created that because of the spree of thefts that was going on in the Talofofo community.”