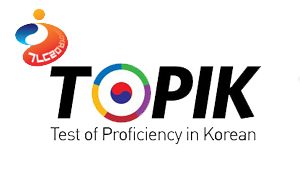 Guam Community College will sign a Memorandum of Understanding with Korea’s National Institute for International Education designating GCC as the official administrator of the Test of Proficiency in Korean, commonly referred to as TOPIK.

Testing for TOPIK at the Guam Community College will begin by April 2020.

TOPIK is the official Korean government exam that tests students’ proficiency in the Korean Language. Administration of the TOPIK test fall’s under Korea’s Ministry of Education.

TOPIK exam scores are used by government, the private sector and schools to assess potential employees’ or students’ proficiency level in listening, reading and writing in Korean.

The signing ceremony will take place at the Guam Community College Learning Resource Center (Bldg. 4000), on the GCC Mangilao campus, at 10:00 am, Monday, November 25.

Lim Hee-soon, Head of Mission of the Consulate of the Republic of Korea in Hagatña, will represent the Korean government at the signing.

According to Guam Visitors Bureau arrivals data, Korean visitors have overtook Japanese travelers as Guam’s number one market in 2017.

A release from GCC states that “the joint effort of the Korean Consulate Office and GCC to grow the Korean Language program will enhance our tourism infrastructure to respond to this growth.”

The TOPIK test will be administered through the GCC Hospitality and Tourism department, which also offers KE110 & KE111, beginning and intermediate Korean Language courses.