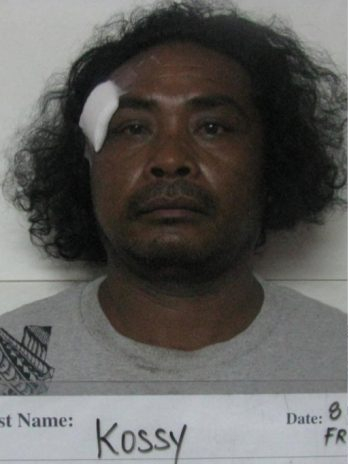 Kiroshi Kossy, who was originally charged with attempted murder, was sentenced to four years in prison Thursday.

Kossy was arrested in August 2018 and charged with the stabbing of two people at the Hemlani Apartments in Harmon. One of the victims was slashed in the throat and nearly died.

Superior Court Judge Anita Sukola noted Kossy’s long history of alcohol and family violence indicating that he was the only person with a weapon during the incident.

Kossy will be placed on three years supervised release following his incarceration. He was given credit for the 18 months he has already served in jail.

Restitution to the victims, if any will be determined during a hearing set for March 18.