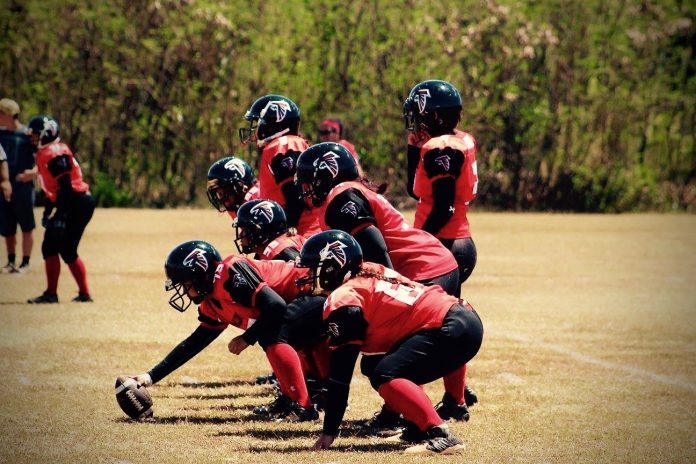 Northern Lady Falcons beat their opponent in all 3 phases of the game, to take their second victory of the season, via shut-out.

MANGILAO – The Bud Light Women’s Tackle Football League played on at UOG. The Northern Lady Falcons took on the Island Stunnerz. Falcons looking to get over .500 on the season. Stunnerz trying to run their record to 3-1. Falcons first possession results in a handoff to running back Bero. Bero, breaks free on a counter run to the left. She has room on the outside, and nothing but daylight! Touchdown Lady Falcons! Off their first possession of the game. 2 point conversion forthcoming. Falcons Quarterback Akoi drops back, heaves it over the pile and waiting is Cookie Figueroa for the 2 point play. Island Stunnerz, try as they might struggled to get the offense going. Northern Lady Falcons beat their opponent in all 3 phases of the game, to take their second victory of the season, via shut-out. 22-0 the final. Lady Falcons will try for two in a row as they take on 2nd place Steel Blazers. Island Stunnerz will challenge the Lady Saints.