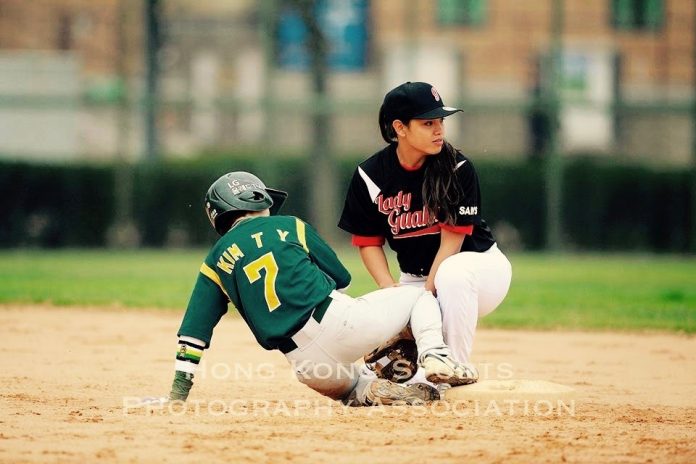 “My 2 youngest players, Sirena Cepeda and Megan Maritita are doing a great job in their starting roles.”

HONG KONG – Lady Guahan, Guam’s National Women’s Baseball team completed play in the 9th annual Asia Insurance Phoenix Cup held in Hong Kong. The ladies from Guam played Taiwan in their final game, defeating them 9-3. Lady Guahan finished the tournament with a record of 3 wins and 1 loss. This record essentially ties them with 3 other teams for 2nd place, all with the same record. However, with the opening loss to Australia, Lady Guahan officially finished in 5th place. This is a remarkable showing for a group of ladies who as a team or even a sport did not exist until 7 months ago. To finish with a 3-1 record against some of the top players in the world is something to be proud of.
In the game, Sirena Cepeda once again led the offensive charge, going 2-3, scoring 3 runs and a run batted in. Tamisha Fejeran was 1-2 with a walk, 2 runs scored and a run batted in. Meilani Quintanilla earned the win on the mound in her 2nd game pitching in the tournament. Quintanilla gave up just 3 hits and 1 earned run in 3 2/3 innings. Merced Flores came in to pitch the final 1/3 inning to help seal the victory for the Lady Guahan team.
Head Coach Coby Barnes was proud of the team saying “The women did a great job of keeping their heads up after the opening loss. It was a great experience for us to see where we stand among the different teams in the region. I’m really proud our team was able to come back and finish the tournament strong at 3-1”.
Cepeda received a personal award of Most Valuable Player at the closing ceremony, nominated by team managers and coaches. Manager Pat Fejeran commented “This is well deserved in her debut playing baseball”.
Lady Guahan will arrive back on Guam early Thursday morning and will begin preparing for the Guam Women’s Baseball Cup in July, by playing in a newly formed Women’s Baseball League that will begin in April.