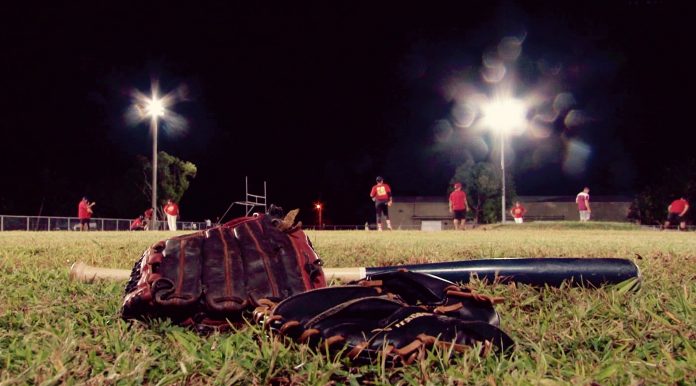 Lady Guahan was created from a group of former childhood baseball and accomplished softball players to play in the Guam Women’s Baseball Cup in 2015.

The Phoenix Cup, sanctioned by the international governing body of baseball, the World Baseball Softball Confederation, is organized by the Hong Kong Baseball Association, sponsored by Asia Insurance and is in its ninth year of providing women with a high level of international baseball competition.

Lady Guahan was created from a group of former childhood baseball and accomplished softball players to play in the Guam Women’s Baseball Cup in 2015. Since then, the ladies have formed their own association and become sanctioned as the national women’s baseball team representing Guam under the Guam Major League, INC. and the Guam National Olympic Committee. After the Guam Women’s Baseball Cup, the team has remained together, adding key players and practicing hard to be a better group of players by focusing on baseball techniques to prepare for competitive international tournament events.

Teams participating in the 2016 Phoenix Cup include Japan’s Venus Stars who have 6 players from the world number 1 national team of Japan on their roster. Also from Japan is the Far East Bloomers, who participated on Guam in August 2015. Korea is represented by 2 teams, NineVics who have players from Korea’s national team on their roster and BULSAJO, an all-star team made of the best women baseball players from around Korea. China is represented by Shanghai Super Girls and is the only women’s baseball team in China. Australia is represented by their national women’s baseball development team. The Singapore Panthers will be making their 3rd appearance. Also participating in the 12 team tournament are 2 teams that played on Guam in August 2015, Taiwan Sunflower and Taipei Vanguard. Finally, host Hong Kong is placing 2 entrants. The national team of Hong Kong, The Allies and national development team Hong Kong Bravos.

Association Vice-president Brad Hewitt says “Participating in the Phoenix Cup will allow the players to grow as athletes, provide an opportunity to interact with elite female baseball players from around the world, help improve our association, and increase the number of players in the sport of women’s baseball on our home Island of Guam.”

Lady Guahan will play a double header on Friday in pool play. The first game will be at 2pm Guam time against Australia. The 2nd game will follow vs Singapore at 430pm Guam time.

For more information about the 2016 Asia Insurance Phoenix Cup and to follow Lady Guahan via live scoring, please refer to their Facebook Page https://www.facebook.com/hkphoenixcup/timeline or the official website: http://phoenixcup.hkbaseball.org/load.php?link_id=99925