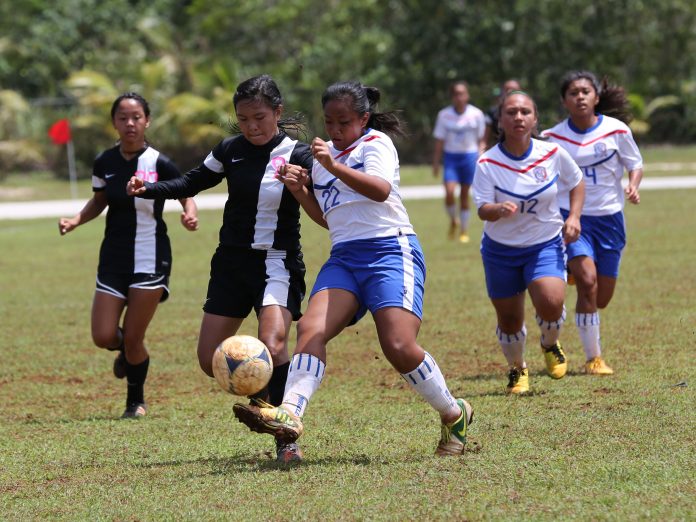 With both teams playing an equally aggressive defensive game for the majority of the first half, the Sharks finally caught a break when a handball violation in the box was called on the Bulldogs, setting up a penalty kick opportunity for the Yigo school. The Sharks’ Maria Abbey Iriarte successfully knocked in her shot to the left corner for the game’s lone first-half goal.

Minutes into the second half, the Sharks earned another valuable shot opportunity when a high kick violation on the Bulldogs was called just outside the penalty box. Iriarte completed her brace, sending in the ensuing free kick into the net over the Bulldogs’ goalkeeper to give her team the 2-0 advantage.

The Bulldogs, however, denied the Sharks a clean sheet late in the half on a goal by Jennifer Domaoal for the final 3-1 score.