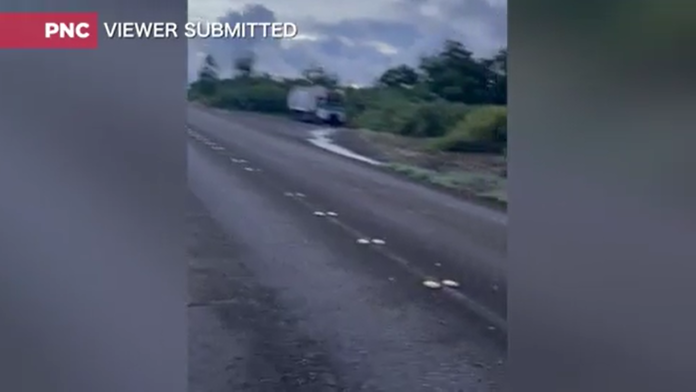 A local waste company receives a citation due to liquid waste emitting from one of the company’s vehicles.

And according to the Guam Environmental Protection Agency – this isn’t the first time that the company has received a citation.

PNC’s Don Sulat has the report on this story

A video that is making its way through social media depicts, what appears to be, a Lagu Sanitation truck, pulled over to the side of the road.

The video depicts the Sanitation Truck to be dumping liquid waste onto the road.

San Nicolas said, “We did reach out to Lagu, a citation was issued to the operator. Basically the protocol for releases from collection vehicles is to contact the company, the company deploys the clean up crew to go out and sanitize and clean up the area.”

The complaint was given to EPA on July 28th according to San Nicolas.

Moreover, the Solid Waste Supervisor said that Lagu did send a clean up crew, but they were sent out on the 29th, a day after the incident.

San Nicolas says that it is the responsibility of multiple people to prevent incidents like this.

Such as people ensuring that their bins are properly shut so that water or any major liquid gets inside. As liquids make the bin heavier than normal, which increases the waste providers tipping fee when brought to the transfer station.

Moreover, San Nicolas said that this is not the first time that Lagu Sanitation received a citation with EPA, as they received a violation for a similar incident.

The operator of the vehicle, according to San Nicolas, claimed that this “liquid waste dump” was not intentional, and that he did not understand how the liquid was coming out of the vehicle.

In which San Nicolas said, “You know we get it not everything is perfect, but there is a process. Now if they had contacted their clean up crew to come and clean up and sanitize the area, there might not be a violation because they took their due diligence to have the site cleaned up.”