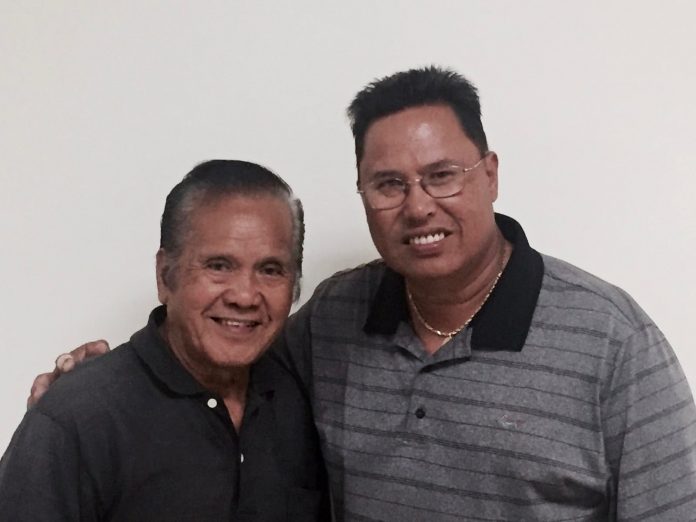 Tamuning – Pinaula led the field of 24 into the shootout rounds with a 1228 pinfall with handicap after the 6 game qualifier.

In the quarterfinal round, Palaganas upset 3rd seed Jhun Viray 204-182 with handicap while 4th seed Rick Torres stopped Roberto’s title run 206-194 with handicap to head into the semi-finals.

Lanada took advantage of Torre’s errors and open frames to land a spot in the finals with a 213-175 victory with handicap. Pinaula did likewise with Palaganas 229-199 with handicap to go into the finals.

The championship round was no different as Lanada’s steady spare shooting and error free game enroute to his second victory this year. Pinaula had no such luck as the lane conditions changed dramatically and a huge split in the nith frame sealed the win for Lanada.

The next Senior Bowler of the Month will be held at Central Lanes will be on Sunday, October 23rd at 9A.M. This handicapped event is open to all bowlers 50 years of age or will be 50 by the December 31, 2016.