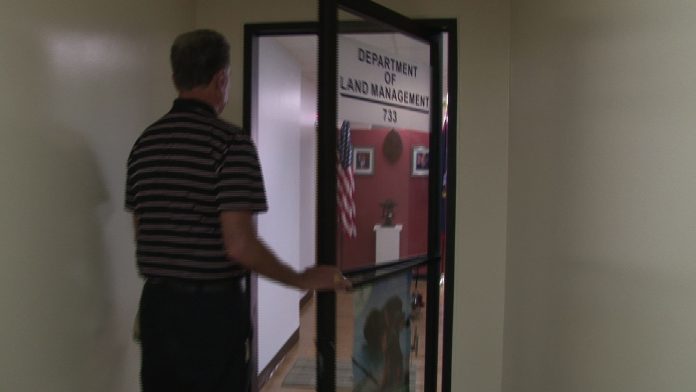 Former Senator Bob Klitzkie visited the Department of Land Management today to inspect documents based on a FOIA request he sent a week ago, however, the documents were not available.

Guam – Today was the deadline for the Department of Land Management to respond to a FOIA request former Senator Bob Klitzkie submitted seeking to inspect documents pertaining to the disputed Redemptoris Mater Seminary property.

On January 20, Department of Land Management Director Mike Borja wrote to former Senator Bob Klitzkie to inform him that he has prepared a petition and sent it to the Attorney General’s Office. The petition is the first step in correcting an error on a certificate of title that was published in the Umatuna Si Yu’os, the Archdiocese of Agana’s newspaper.

This all centers around the controversial Redemptoris Mater Seminary property. Critics have accused Archbishop Anthony Apuron of giving the multimillion dollar property away to third parties who are affiliated with the neocatechumenal sect.

In an attempt to dispute those critics, the Archdiocese published the certificate of title, claiming that it is proof that they own the Yona property. But Klitzkie says it was wrong and the Department of Land Management has agreed that it was issued in error.

Klitzie tells PNC that he sent a letter to Borja on March 10, informing him that he would be visiting the department today to inspect the documents that Borja noted in his January 20 letter. But while at DLM, Klitzkie was told that Borja was not available.

We asked Klitzkie what his next move will be.

“Now a suit lies for such things. If a citizen or so inclined, he could file suit in Superior Court,” says Klitzkie. “I just want the documents. They’re public documents; they’re public records. He mentioned them in his letter.”

“This is not the first instance where he has ignored freedom of information act requests. So it’s pretty hard for me not to draw the conclusions that he’s playing hide the ball,” says Klitzkie.